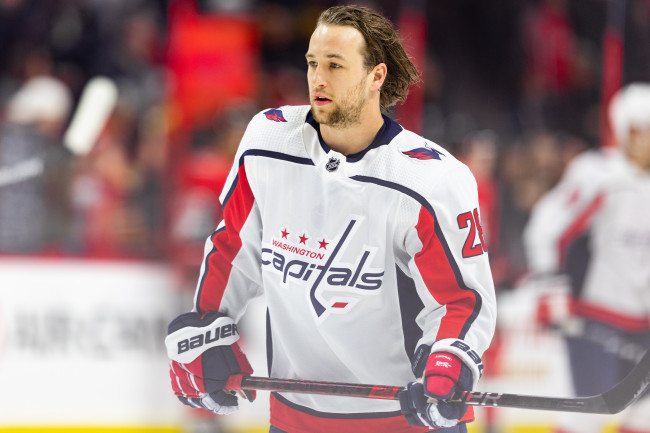 Earlier this week, Instagram direct messages sent by Washington Capitals forward Brendan Leipsic that mocked his teammates and their wives leaked online. Now, just days later, the organization announced that they are placing the 25-year-old “on unconditional waivers for purposes of terminating his contract.”

The Washington Capitals have placed Brendan Leipsic on unconditional waivers for purposes of terminating his contract.

The messages, which leaked on Wednesday, May 6, showed Leipsic calling some of his current teammates “f***ng losers”. In another direct message, Leipsic mocks former teammate Tanner Pearson’s wife by calling her “fat.”

But there are screenshots of Brendan Leipsic and a few other hockey players in a group chat fat-shaming women, including Tanner Pearson's wife, who was Leipsic's teammate in Vancouver. pic.twitter.com/L0wxJFeMhC

Following the leaking of the messages, both the NHL and Leipsic released statements, with Leipsic saying he recognizes how “inappropriate” and “offensive” his comments were and that he is “truly sorry”.

Brendan isn’t the only member of the Leipsic familiar suffering from the consequences of their actions, as his younger brother Jeremy Leipsic has been removed from the University of Manitoba’s hockey team due to his participation in the offensive direct messages, according to the Winnipeg Sun.

Leipsic, who was selected by the Nashville Predators in the third round of the 2012 NHL Entry Draft, has played for five NHL teams since entering the league in 2014: the Toronto Maple Leafs, Las Vegas Golden Knights, Vancouver Canucks, Los Angeles Kings, and the Washington Capitals. He’d most recently signed a one-year, $700,000 contract with the Washington Capitals on July 1, 2019.

Given that Leipsic, who was already something of a fringe journeyman player, has seemingly violated a code-of-honor between hockey players (and decent human beings in general) — talking about their wives, families, etc — it’s unlikely we see Leipic resurface on an NHL roster any time soon.