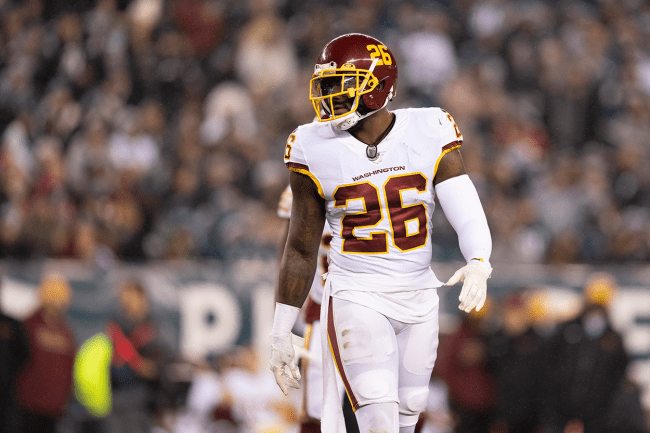 When three-time Pro Bowl safety Landon Collins signed with Washington in 2019, he became one of the highest-paid players in history at his position. Now, three years later, he says that the money isn’t there and will be released.

Collins, who had three years left on his contract, was scheduled to count $16.2 million against the salary cap this season. As a result, he and the Commanders organization agreed to a restructured contract.

The reworked deal reduced his salary down from $16 million for next year, but the terms were not disclosed. Since then, the team made a huge move that Collins said changed everything.

Washington traded for Indianapolis quarterback Carson Wentz earlier this week. The 29-year-old quarterback will cost $28.2 million against the team’s salary cap in 2022.

The massive cap hit, which looked pretty good all offseason, does not look nearly as strong as it did even a week ago. After having roughly $54 million cap space in January, that is no longer the case.

Collins, who agreed to a pay cut once already, said that the team approached him to take a second pay cut after acquiring Wentz. He declined and will be released, allowing him to go get paid elsewhere through free agency.

In regard to the move, the 28-year-old said that bringing Wentz to Washington caused everything to change within the organization.

The money is no longer there.

This puts the Commanders in a precarious spot.

After accounting for the Wentz trade, Washington is estimated to have about $5.9 million remaining in cap space. If/when they cut Deshazor Everett, that number will sit around $7.3 million.

While $7.3 million is more than enough if an NFL franchise is about the play a Week 1 game, it is rather concerning for the current place in time. The Commanders’ six draft picks will cost an estimated $4.5 million in cap space, which leaves about $2.8 million.

That minuscule number does not give Washington any room to be active in the free agent market. The front office needs to do something to free up cap space before the free agency period opens in five days.

Time is of the essence.