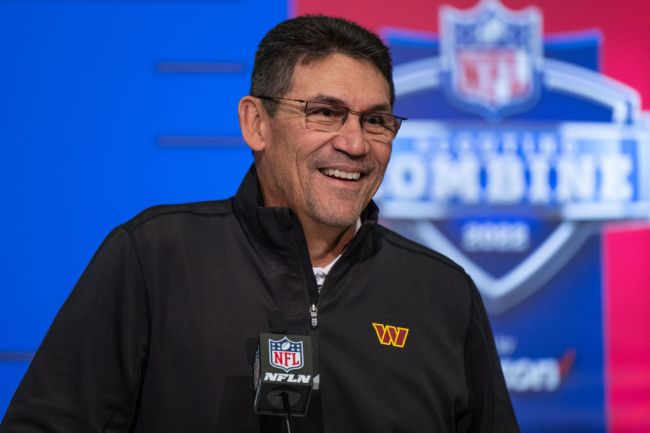 The Washington Commanders have been desperately pursuing a franchise quarterback this offseason. Unfortunately for them, they didn’t land the guy they really wanted. The Commanders reportedly put in a significant offer for Russell Wilson, but Wilson wouldn’t waive his no-trade clause to join the team. Now they’ve turned their attention elsewhere in their search for a QB.

The quarterback market has gotten quite a bit less appealing with Wilson off the market and Aaron Rodgers staying in Green Bay, but there appears to be one free agent drawing interest from the Commanders. According to NFL analyst Jordan Schultz, the Commanders have taken a long look at Jameis Winston.

#Commanders have taken a long look at Jameis Winston and continue to have interest in the former No. 1 overall pick, per a league source. I’m told not to rule out a return to the #Saints either for Winston, who’s progressing off a torn ACL.

It is unclear right now if Jameis is even interested in leaving the Saints after they made it clear that they want him back. However, if he does leave New Orleans, he could be a great fit for the Commanders.

The whole world knows that Jameis can put up points based on his time in Tampa Bay, but what we saw from him in New Orleans would be more important for the Commanders. Jameis showed last year that he is capable of playing a more controlled game and limiting his turnovers while still putting points on the board.

With a strong defense in Washington, that’s something we could need to see from him often. The fact that he could also fire the Commanders back into games when trailing would be a bonus.

If nothing else, Jameis would be a big upgrade over Taylor Heinicke and one that wouldn’t require the Commanders to give up any of their available assets.