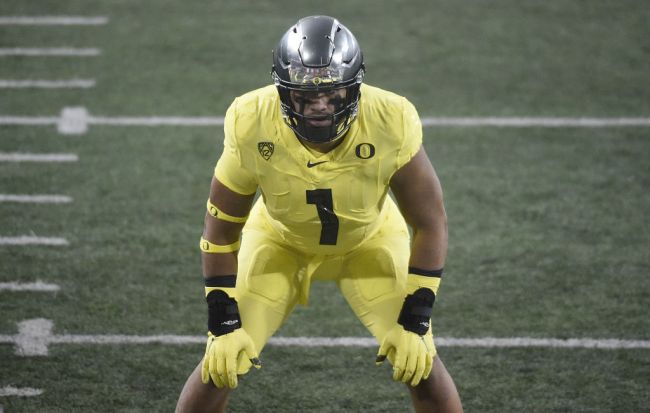 The Pac-12 title game is scheduled to be played on Friday and the conference has announced that there will be a change in participants. Southern California won the South division with an undefeated 5-0 record and was slated to the North division champion. Washington only played four games in 2020 and suffered a lone loss to Stanford, while Oregon played five games and lost to both Oregon State and Cal. Thus, the Huskies were set to gear up with the Trojans for a Rose Bowl birth, until a COVID-19 outbreak hit the locker room, leaving them below the minimum requirement to play of 53 scholarship players.

With the Huskies unable to play, the conference announced that the Ducks will replace them in Friday’s conference championship.

No. 15-ranked USC is on track to suit up and will look to complete an undefeated season against Pac-12 opponents with a win over the reigning conference champions. Head coach Clay Helton’s team is loosely in the College Football Playoff conversation, as a victory on Friday would leave the Trojans with the same number of wins (or potentially more) as the No. 4 Ohio State Buckeyes.

Washington had to cancel its game at Oregon last weekend due to a large amount of positive cases and contract tracing, and the deciding matchup for the Northern division title caused the standings to play out how they did. However, because no Pac-12 team that cancelled a game this season was able to play on the following Friday or Saturday, there was serious doubt as to whether the championship teams would remain. That doubt was proven correct on Monday.