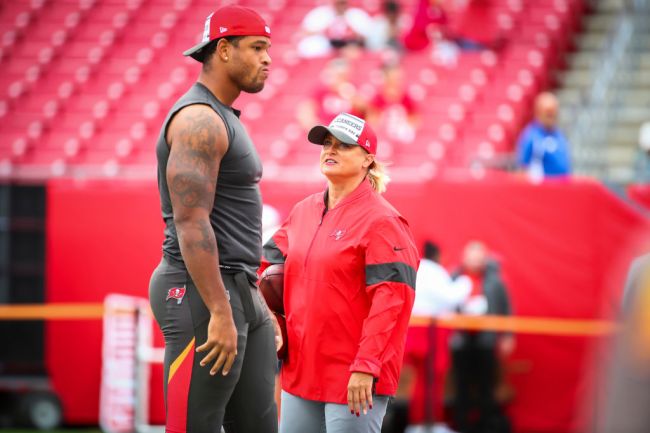 Saturday became a historic night for the National Football League as the Football Team and the Buccaneers faced off in the Wild Card round of the playoffs. It represents the first time that two teams faced off in the postseason with female coaches on the sidelines.

“I really think it’s a direct testament to forward-thinking coaches opening up their minds to the entire pool of applicants for jobs, and I think these forward-thinking coaches have created cultures with sustained winning and ultimately they’ve made the playoffs now,” King said. “So I think it’s no coincidence that these coaches have created such a great culture and have won games and divisions and they’re in the playoffs.”

King, who was a seven-time All American quarterback and wide receiver in the Women’s Football Alliance, works with the running backs for the team. Prior to her time in the District, she most recently served as an offensive assistant with 2019 Ivy League champion Dartmouth College and spent time with the Carolina Panthers and the Alliance of American Football’s Arizona Hotshots. She worked with the running backs in Charlotte, including Christian McCaffrey.

Javadifar is in her second season with the Bucs after completing her doctor of physical therapy degree from New York Medical College while Locust also is in year two with the defense. She joined the staff in Tampa Bay after working with the Birmingham Iron of the AAF and interning with the Baltimore Ravens.