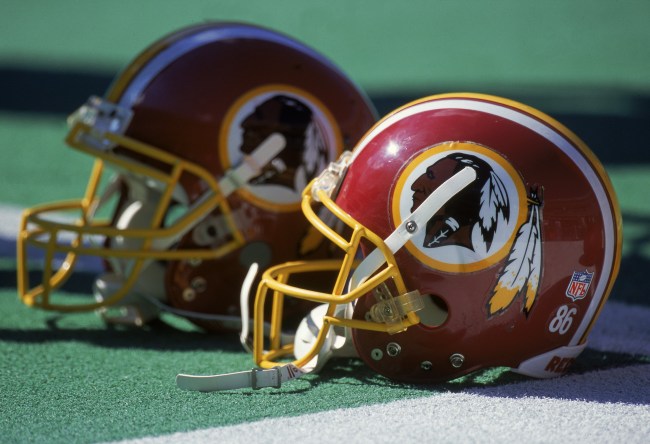 It appears that the Redskins may have a leading candidate for a new name.

Last week, the Redskins announced they were doing an internal review of their name after several sponsors including Nike and FedEX put pressure on the team to change it.

According to NFL insider Ian Rapoport, the Redskins are leaning towards changing their name.

My understanding of the #Redskins situation, based on conversations with several sources: A name change is likely.

It would truly be a monumental decision. It is time. NFL Commissioner Roger Goodell’s statement was supportive, as well.

On Friday, The Team 980’s Kevin Sheehan said that he has “good authority” that the “Warriors” is the leading contender for the name replacement.

On his podcast Friday, The Team 980’s Kevin Sheehan said he had it “on pretty good authority” that the leading contender for the replacement name is Warriors.

“I don’t think that’s a reveal by any stretch,” Sheehan said. “I think people do know that the Redskins have marked Washington Warriors just in case, and that this has been the way…I would bet big money on the Warriors being the new name for the football team.”