Weber State WR Rashid Shaheed Has An Awesome Name And WENT 99 YARDS TO. THE. HOUSE! 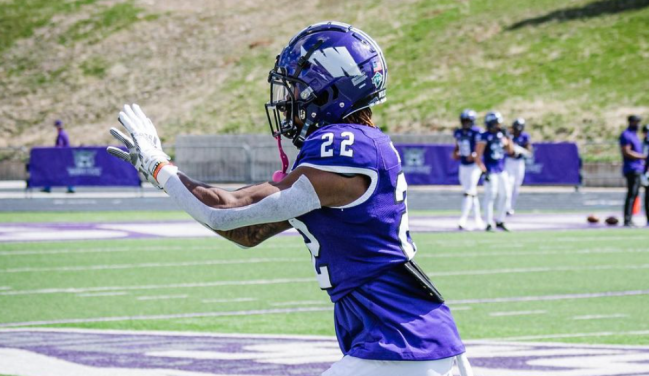 Shout it from the rooftops—— COLLEGE FOOTBALL IS BAAAAAAAAACK!

Weber State football’s Rashid Shaheed kicked off college football on the West Coast in style. The senior wide receiver and kick returner took a kickoff back in the first quarter. It gave the Wildcats a 7-3 lead and the 99-yard touchdown was almost as spectacular as his name.

Have your moment, Rashid Shaheed.

Play was suspended shortly after the return and it remained in delay for more than an hour. As for Shaheed, hails from San Diego and stands 6-foot-0, 180 pounds. He’s a three-time All-American on the FCS level and averaged more than 100 all-purpose yards per game in three out of his four seasons.

Weber State had more than 10 wins in the three fall seasons prior to COVID-19. During the most recent spring season, the Wildcats, who compete in the Big Sky Conference, went 5-1. They have high hopes for 2021.

The school is located in Ogden, Utah and has a student population of just over 26,000. Weber State is named after “Weber County,” in which it is located. The county was named after a fur trader and explorer named John Henry Weber. I am all in all in on Rashid Shaheed and the Wildcats.