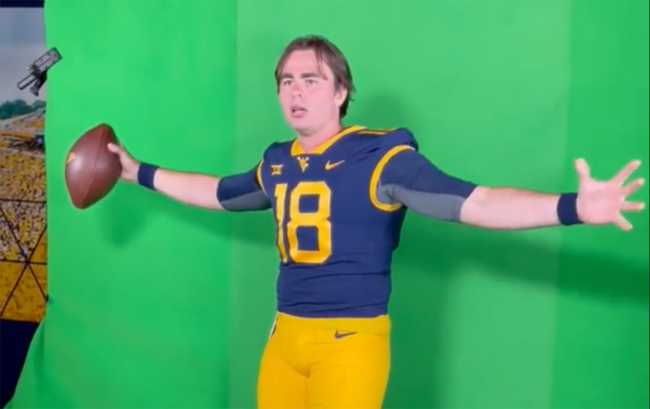 Earlier this year, the Denver Broncos set up Russell Wilson to fail. The team released a behind-the-scenes video of their new quarterback recording a promotional video that will be played inside Mile High Stadium on Sundays.

Wilson is widely labeled as “corny” as it is and the video did not help.

In the clip, the 33-year-old can be seen repeatedly saying “BRONCOS NATION, LET’S RIDE!” in an effort to get the perfect take. It takes him quite some time to get it right and the video proceeded to get roasted by everybody and their mothers, even as Melvin Gordon tried to defend his new quarterback.

After the viral video sent waves across the internet, it has become very common vernacular amongst football fans. Wilson’s line is now infamous.

In the aftermath, as college programs gear up for the fall, a few different schools have spoofed the Broncos’ clip during their media days. FAU did it earlier this month and asked Wilson how they did.

How did we do? @Broncos @DangeRussWilson pic.twitter.com/g7hhaJLPxF

In turn, the Mountaineers had their new (likely) QB1 spoof the video out of Denver and joked with Wilson that he has started a trend.

“MOUNTAINEER NATION, LET’S RIDE,” says Daniels over and over, mimicking the moves of his NFL counterpart.

Look what you started, @DangeRussWilson … pic.twitter.com/GNwuzzeFrS

While Daniels’ spoof is funny on its own, it gets even funnier when you overlay the new with the old.

Incredibly well done from both FAU and West Virginia. No notes.