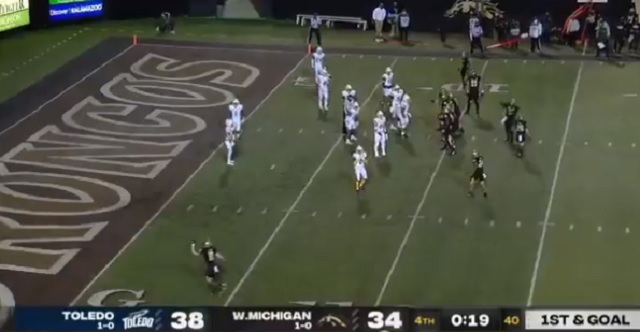 We had another wild Maction game on Wednesday night that had a spectacular finish.

In the red zone with 20 seconds left to go in the game and down four points, Western Michigan decided to run a fake spike play that completely fooled Toledo for a touchdown.

Western Michigan’s fake spike play was reminiscent of the time Dan Marino won a game with it against the Jets back in the 90s.

Now, @DanMarino needs to send this kid some Isotoner gloves to complete the cycle. https://t.co/miMxfYiWrM