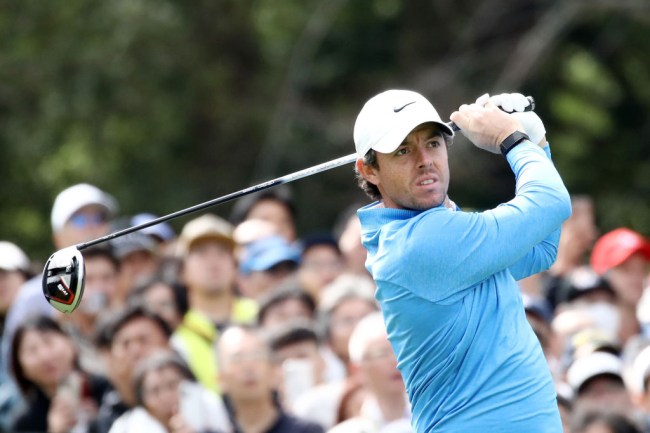 You would think after witnessing Tiger Woods earning his 82nd career PGA Tour win tying the all-time record last week that the PGA Tour’s product would dip this week, but that *fingers crossed* should not be the case at the WGC-HSBC Champions.

Rory McIlroy headlines the field in Shanghai along with the likes of Tony Finau, Tommy Fleetwood, Justin Rose, Xander Schauffele and Hideki Matsuyama. Brooks Koepka, Dustin Johnson, Justin Thomas and Woods may not be in the field, but it should still be a solid week.

Schauffle beat Finau in a playoff a year ago to take home the title. As with all World Golf Championship events, there is no cut this week.

Sheshan International Golf Course has been a stop on either the PGA Tour or European Tour every year since 2005 while this particular event has been on the PGA Tour’s schedule since 2013.

Sheshan looks more like a classically designed course than not thanks to tree-lined fairways and bentgrass greens. The course is similar to what we saw at the CJ Cup at Nine Bridges as its biggest defense is high-winds if they do decide to blow. The greens will be on the slower side of the PGA Tour standard as well.

The Par 72 track that will stretch to 7,261 yards this week possessed the hardest set of Par 5’s of the season a year ago with a scoring average of 4.85. With that stat, course experience is a huge factor this week.

With course history and Par 5 scoring a premium this week, there’s no way you can overlook McIlroy here. He’s fresh off of a T-3 last week at the ZOZO and led the field in Par 5 scoring. He may have finished T-54 here a year ago, but he’s also finished sixth or better in five of his seven previous starts at Sheshan. He got off to a slow start last week and a fast start here could go a very long way.

Speaking of guys that dominate Par 5’s. Finau didn’t bring his best at the ZOZO finishing T-59, but does have two other Top 10 finishes this season. He lost in a playoff a year ago and finished T-11 the year prior showing he enjoys this track. He had three double bogeys at the ZOZO which ruin a tournament real quick, that shouldn’t be the case this week.

He may not have a win under his belt in 2019, but he’s certainly been in contention with 14 Top 20 finishes worldwide for the calendar year. It wouldn’t be a surprise to see him finally find the winner’s circle this week at a place he’s found success at with a 21st place finish a year ago and a second-place finish in 2013. Poulter finished 12th in Par 5 scoring on Tour last season.