What Happened to Josh Hamilton? Here’s A Look At The Rise And Fall Of The Former MLB Star 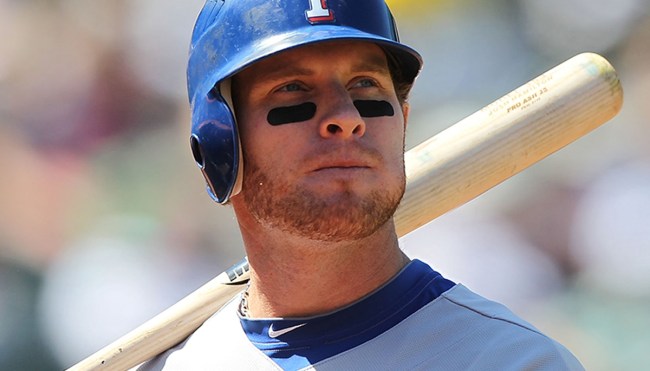 At one point in time, Josh Hamilton was one of the biggest stars in Major League Baseball. After being picked with the first overall selection in the 1999 MLB Draft, he’d go on to take the sport by storm on his way to racking up five All-Star Game appearances, American League MVP honors, and a batting title over the course of a nine-year career that earned him a spot in the Texas Rangers Hall of Fame.

Hamilton was undoubtedly one of the game’s top performers during his playing career. However, he encountered a number of off-the-field problems that would ultimately be his downfall, as his meteoric rise to stardom was just as quick as his demise.

Following the 2015 season, the outfielder officially stepped away from the game after a campaign that saw his production take a sizeable hit. Since his retirement, Hamilton has repeatedly popped up in the news for all the wrong reasons, as the issues that plagued him during his time on the diamond sadly carried over into his life after baseball.

So what happened to Josh Hamilton? Here’s a recap of his dominant playing career, a look at his struggles with substance abuse, and an update on where he is now. 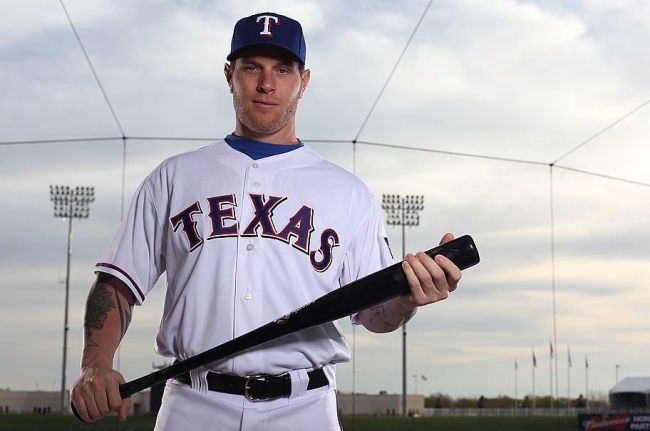 There’s a reason Hamilton was considered one of the top prospects in baseball prior to the start of his professional career. During his senior year at Athens Drive High School in Raleigh, North Carolina, the lefty boasted a .529 batting average (no, that’s not an error) and posted 13 home runs, 35 RBI, and 20 stolen bases.

As a result, you can see why the Tampa Bay Devil Rays were more than eager to scoop him up with the first pick in the 1999 MLB Draft. Hamilton had committed to play college baseball at NC State, but it’s easy to understand why he decided to take his talents elsewhere when you consider he received a $3.96 million signing bonus that accompanied the minor league contract.

He kicked off his pro career in the Rookie League as a member of the Princeton Devil Rays, where he played in 56 games. From there, he earned a small promotion and helped the Hudson Valley Renegades take home their first-ever New York-Penn League Championship.

In 2000, he was moved up to Single-A to play for the Charleston Riverdogs. It was Hamilton’s first true breakout season, as he hit .301 with 13 homers and 61 RBI (he’d go on to win both the All-Star Game MVP and the Futures Game MVP on his way to being named Minor League Player of the Year).

In 2001, he split time with Charleston and the Devil Rays’ Double-A affiliate in Orlando. He then moved on to the Bakersfield Blaze, where he hit .303 and drove in 44 runs over a 56-game season. While he seemed primed to continue his hot start in 2003, a string of failed drug tests led to multiple season-long suspensions that kept him from playing baseball for three years before making his return in 2006. 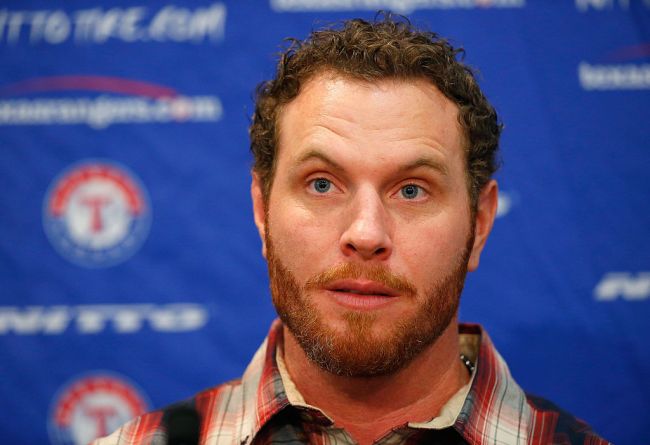 You can’t talk about Josh Hamilton’s career without talking about his battle with addiction—a topic that he candidly discussed in the autobiography he published in 2008 and has frequently addressed over the years.

Hamilton says he “never had a sip of alcohol [and] never tried tobacco” when he was in high school, but that all changed after a vehicle he was riding in with his mother was T-boned by a dump truck shortly after he was drafted in 2001. He initially managed to play through the pain stemming from the back injury he suffered, but his 2002 season was cut short due to lingering health issues.

In his newfound free time, Hamilton became friendly with a crew of people he met at a tattoo parlor in Florida who introduced him to a lifestyle defined by frequent strip club visits and regular cocaine use. After noticing a change in their top pick’s demeanor, the Devil Rays sent Hamilton to rehab, but he failed his first drug test ahead of the 2003 season—which would become a bit of a recurring theme during his career.

His attempts to return to the field were repeatedly stymied by his substance use, as he failed another drug test ahead of a planned comeback in 2004. After doing the same two more times during spring training, he was hit with a season-long suspension courtesy of the MLB.

Hamilton spent time in and out of rehab during what would ultimately be a three-year hiatus, and just when it appeared he was poised to make his major league debut in 2005, his return was derailed yet again when he was arrested and charged with smashing the windshield of a friend’s truck prior to another relapse that ended in him being banned from baseball for yet another year.

By 2006, Hamilton’s drug use was running rampant, but a new relationship would soon alter his life for the better. He met his wife, Katie Chadwick, who tried to steer the outfielder in the right direction. He soon found his way back to baseball after being readmitted to Tampa Bay’s minor league system, which marked the start of a dramatic reinvention.

Following the Rule 5 Draft in 2006, Hamilton became a member of the Cincinnati Reds (he also entered an agreement with the MLB that required him to submit a urine sample three times a week). In his spare time, he wrote the aforementioned autobiography detailing his past struggles and made frequent appearances as a keynote speaker to talk about his recovery and newfound faith. 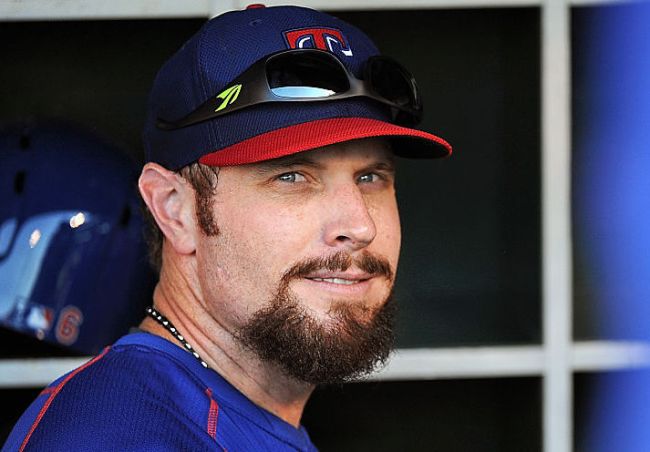 Hamilton’s comeback seemed like a story written for the big screen. Following a 15-game stint in the minors, he made his official MLB debut when Cincinnati faced off against the Cubs in April of 2007. His first at-bat was a pinch-hit attempt that ended with a lineout, but that moment was the start of what would become an All-Star career.

In his first start a little over a week later, Hamilton picked up his first hit—which just so happened to be a home run. The slugger would primarily bat in leadoff and start in centerfield for the majority of a season that ended with him narrowly missing out on Rookie of the Year honors, finishing second to Ryan Braun.

Prior to the 2008 campaign, Hamilton was traded to the Rangers and proceeded to leave an indelible mark on the franchise. During his first season in Texas, the outfielder led the majors in total bases and runs batted in and hit .304 with 32 long balls, 130 RBIs, and nine stolen bases in addition to a career-high 190 hits (a performance that garnered him his first of five consecutive All-Star Game appearances).

He got off to a hot start in 2009 before a midseason rib injury put him out of the lineup, although the 28-year-old still hit .268 with 54 RBI over the 89 games he played. Unfortunately, that was overshadowed by a story that broke in August concerning a relapse that occurred in Arizona earlier that year.

Hamilton had managed to stay clean for a few years, but things took a turn for the worst after he was photographed with several women while shirtless at in a bar in Tempe where he was reportedly overheard soliciting patrons for cocaine and announcing his plans to head to a strip club after downing multiple drinks.

A few days later, he addressed the incident in a press conference where he said he’d discussed what unfolded with his wife, the Rangers, and the MLB, saying:

“Obviously it was one of those things that reinforce that I can’t have alcohol. I got away from the one thing that kept me on the straight and narrow and that was my relationship with the Lord.

That should always come first… It just crossed my mind that night, ‘Can I have a drink?’ Obviously I can’t and this reinforces that. Since that night, I have not had another thought like that.”

He bounced back in a big way in 2010, as Hamilton led the majors in both batting average and slugging percentage during a career year that ended with him being named American League MVP. When all was said and done, Hamilton hit .359 with 32 home runs and 100 RBIs. He also played a key role in helping the Rangers reach the ALCS, where the outfielder hit .350 with four home runs in the six-game set as Texas took down the Yankees to advance to the World Series.

The Rangers would fall to the Giants to end their title run, but Hamilton had solidified his standing as the league’s best player. He’d experience two more All-Star seasons in Texas, capped by a 2012 campaign that saw him hit .285 with 43 homers and 128 RBIs. The home run total was a career-high, but it would be his final stint with the Rangers.

Before the start of the 2013 season, Hamilton signed a massive deal with the Los Angeles Angels to the tune of five years and $125 million. Unfortunately, he never lived up to expectations in LA.

In two full seasons with the club, Hamilton hit .255 and tallied 31 home runs. One more relapse in 2015 ended his time with the Angels, and the team decided to trade him back to the Rangers early in the year. He’d go on to hit .253 on the year, but that season would wind up being his last, as a lingering knee injury served as the final nail of an MLB career that lasted a little less than a decade.

When all was said and done, the All-Star outfielder posted a .290 average to go along with 200 home runs and 701 runs batted in.

What Happened After Josh Hamilton Retired And Where Is He Now? 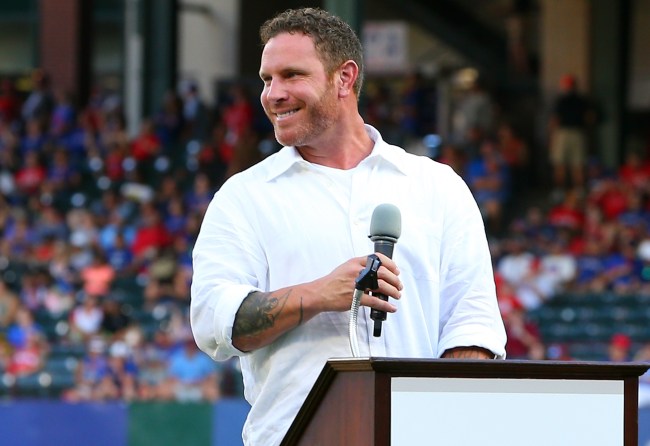 The relapses that occurred in 2012 and 2015 involved both cocaine and alcohol, and the second (along with rumors of infidelity) would be the final straw for his wife, and the two divorced after 11 years of marriage in 2015. Unfortunately, things would get end up getting even worse for Hamilton.

In 2019, the former All-Star was accused of hitting his 14-year-old daughter during a scary incident where he allegedly threw a full water bottle at her before later heaving a chair in her direction (he was also accused of pinning his daughter to the bed and repeatedly punching her in the back and legs). In an affidavit released following his arrest, Hamilton’s daughter told police he shouted obscenities at her and stated that he hoped she’d tell a judge about the incident so that “he didn’t have to see [her] anymore.”

Hamilton was ultimately charged with a third-degree felony charge for causing injury to a child in 2020, and the case is still making its way through the court system (he faces up to 10 years in prison if convicted). He currently resides in Fort Worth, Texas, and has not remarried or had any other children.