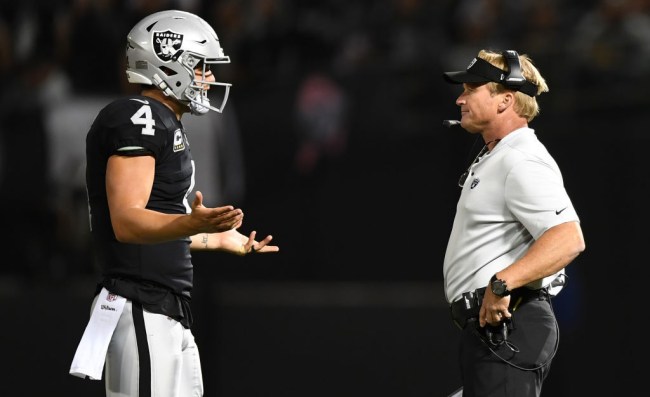 In the coming weeks, the best teams in the NFL will fight for football supremacy and attempt to secure the Lombardi Trophy, which is easily the highest honor a franchise can achieve.

However, another battle is currently brewing at the bottom of the standings, as teams do what they can to increase their chance of securing a better draft slot while avoiding the terrible fate of being selected to appear on Hard Knocks.

The NFL has been airing the dirty laundry of the best of the worst teams in the league since the turn of the millennium and treating fans to priceless moments— like the time Anontio Cromartie tried to remember the name of the absurd number of kids he has.

In order to avoid appearing on Hard Knocks, a team must either have a new coach, not have appeared on the show in the past two seasons, or had a playoff berth in the previous decade.

Last year we were lucky enough to get treated to a look at the preseason of the hapless Cleveland Browns, who managed to turn things around this year despite the amount of drama on display before it started.

Now that the season has wrapped up, we now know there are five teams who are eligible to be the focus of the program next year. They are:

Of course, anyone looking at that list knows there’s only one real contender: the Raiders.

The Raiders have had one hell of a season since hiring Jon Gruden as their head coach, as he promptly decided to trade the best player on the team and was shocked when the decision bit him in the ass.

I normally wait a couple of days to watch an episode of Hard Knocks but this would be appointment viewing as far as I’m concerned.

They made the right decision last year so let’s hope they do it again.