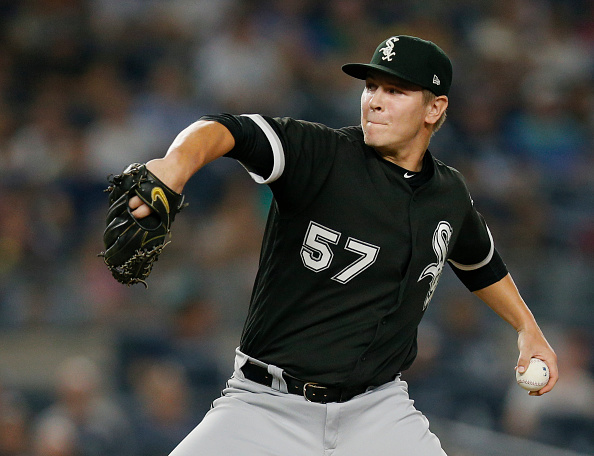 White Sox pitcher Jace Fry made his start career start Wednesday against the Cleveland Indians but instead of celebrating his career milestone he’s now having to deal with some off-the-field issues of his own doing.

While Fry was pitching yesterday his fiancée Kelsi Blalock put him on blast on social media and accused him of cheating with a series of photos with captions like “wasting another year with this sociopath” and “when you think he won’t give you an STD again”.

Kelsi then outed the girl who Jayce was allegedly cheating on her with. The girl immediately deleted her account after Kelsi’s tweet.

Any divorce lawyers out there in my new following willing to help a sista out?

Get em! I wanna say this is great, but then, it's not because it's obviously incredibly hard/annoying for you to deal with, so I'm conflicted 🙁

Apparently Lauren Watkins was bonking Jace for quite awhile. She was liking his Twitter mentions since Sept 2017. pic.twitter.com/ZiS6s9nG2x

Kelsi and Jace’s wedding registry is still up so you can still buy them a gift if you want to.