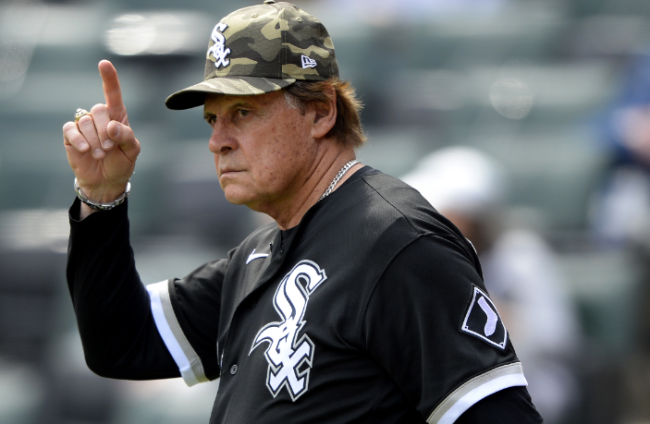 It’s that time of year where an old baseball lifer gets angry about the “unwritten rules” getting broken.

During Monday night’s White Sox-Twins game, Yermin Mercedes hit a one-run homer run after he swung on a 3-0 pitch in the top of the ninth during a blowout.

Yermín Mercedes homered off Willians Astudillo on a 3-0, 47 mph pitch to make it 16-4. This is top-level baseball

3-0 bomb from Yermin Mercedes off of a position player!

Guess who does like it? Yermin. Yermin’s wallet. Yermin’s family who gets food put on their table by him. Fans of the Sox. Fans of baseball. pic.twitter.com/01zXiIE6dH

Despite the fact that some people were angry with Mercedes about the home run, the White Sox player felt like he didn’t do anything wrong.

“I’m going to play like that. I’m Yermin. I can’t be another person because if I change it, everything is going to change. … We’re just having fun. It’s baseball.”

On Tuesday, White Sox manager Tony La Russa told the media he was upset with Mercedes and that he was going to deal with him internally.

Tony La Russa was 'upset' that Yermin Mercedes hit a home run on a 3-0 count last night in a blowout win.

"He made a mistake. There will be a consequence he has to endure here within our family."

Baseball fans immediately blasted La Russa for being angry at his own player.

Baseball continues to be the dumbest. https://t.co/C98GRpFw5F

Imagine being mad at your own player for hitting a home run https://t.co/t1G5FOGYYB

La russa acts like Yermin got a DUI https://t.co/L8ysJU93mz

This is what's wrong with baseball. Tony LaRussa drinks and drives, enabled steroid use. But draws a hard line at a fun home run https://t.co/RoyMo6lcnS

To all baseball players, if you have the opportunity to absolutely fucking crush a home run. Do it. As the old adage goes: chicks dig the long ball. https://t.co/BRrzIdXd34

WHY IS THIS OLD JOKE STILL IN MLB??? https://t.co/NYrEgnCPxi