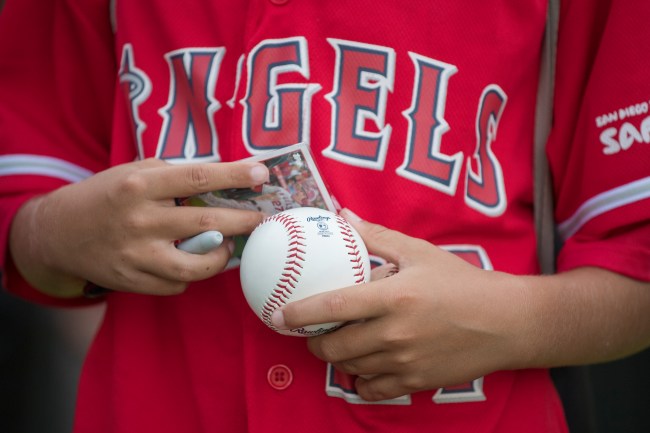 If you haven’t gone digging through your parent’s house or childhood belongings to look for your old baseball cards yet this year then you’ve somehow missed one of the craziest trends 2020 has to offer. With everything bad that’s happened this year, baseball cards and the trading cards market in general has been THRIVING.

This year alone there has been over 10 cards that sold for more than $500,000 each. A 2009 Mike Trout card sold for a record $3.84 million at auction. Rapper Logic dropped $226,000 on a rare Pokemon card which was a record until that record was AGAIN broken this week.

CNBC senior producer Sam Rega (@SamRega), who I coincidentally played H.S. baseball with for a month or two until I damaged my arm, decided to do a deep dive into what’s driving this resurgence in the baseball card trading market and if these multi-million dollar cards are viable investment opportunities. CNBC released this video explaining what’s moving the needle in this market:

If you’ve watched the video then you know what’s driving the baseball card market but a few of the contributing factors are the age of the traders who have all come into a state in life when they have some money, and nostalgia that was fueled in part by The Last Dance:

Interest in collecting and values have seen a steady uptick for the last decade with prices really starting to rise at quicker rate somewhere around 2016 or 2017. With the onset of the pandemic at the beginning of this year, card collecting reached new heights. Largely driven by those in their 30s and 40s, who collected when they were young, these individuals found themselves at home revisiting their card collections.

Then came ESPN’s release of the Michael Jordan documentary series, “The Last Dance.” Auction houses and eBay saw a surge for Michael Jordan cards and memorabilia followed by an even greater interest in basketball cards and beyond.

“It brought back nostalgia. It brought back memories of the greatness of Michael Jordan and his cards and memorabilia started going up. And in our industry, it is definitely a case where rising tides lifts all boats,” Ken Goldin, founder and CEO of Goldin Auctions, told CNBC. (via CNBC)

As for the question of should you invest in trading cards? That’s entirely a personal decision. But if it’s an industry you’re passionate about and follow closely then you might already have a leg up on the market. Otherwise, you might just be throwing money into the fire.

Check out the full article here on CNBC to read more about this.