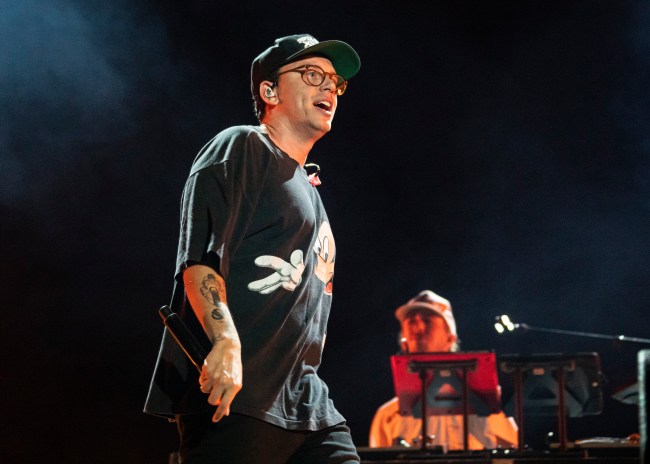 Recently retired rapper Logic, real name Sir Robert Bryson Hall II, is living the dream right now (according to him). He has a net worth estimated at somewhere around $14 million so he’s a pretty rich 30-year-old and he came from very humble beginnings.

He grew up in Rockland, Maryland with seven half-siblings and in a recent Instagram post showing off his new record-setting card, he said he loved Pokémon cards as a kid but wasn’t able to afford them. Logic announced on July 16th that his most recent album, No Pressure, would be his last and he’s retired from the music business.

Retirement appears to suit him well because he just dropped nearly a quarter of a million dollars on a single Pokémon card, a record-setting amount. He spent $226,000 USD on a PSA 10 Base Set 1st Edition Charizard card which is the most money ever spent on a Pokémon card and furthermore, it’s the most ever spent on any Nintendo collectible according to Hypebest.

Logic set a new record with his winning bid of $226,000 USD on a PSA 10 Base Set 1st Edition Charizard card. It’s the highest known sale of not just any Pokémon card but of any Nintendo collectable ever purchased to date. Logic’s acquisition followed another major Pokémon purchase by a notable name — Logan Paul recently spent $216,000 USD on a base set booster box. The Charizard card was notable for its rare lack of a shadow on the artwork. Logic’s winning bid totaled $183,812 USD before a 20% buyer’s premium was tacked on at the end. (via)

Logic shared his joy on Instagram with an unboxing video where he shows off some of his new Pokémon cards, his caption reads “When I was a kid I absolutely loved Pokémon but couldn’t afford the cards. I remember even trying to trade food stamps for theirs and now as an adult who has saved every penny he has made being able to enjoy something that I’ve loved since childhood now as a grown man is like buying back a piece of something I could never have, it’s not about the material it’s about the experience.”

In addition to the PSA 10 Base Set 1st Edition Charizard card he spent a cool $23,000 on a base box set that he opened up on Instagram for his fans so everyone could live vicariously through him.

Including the 20% buyer's premium, the total transaction value exceeds $220k.

As of now, this is the highest known sale of the card. pic.twitter.com/2mwkoopTvL

@LoganPaul I’m the one at the auction for 183k Lololol

I kind of love that Logan Paul was making headlines for setting a new spending record on Pokémon and Nintendo collectibles of any sort but Logic just swooped in there and stole his limelight by spending $226,000 on a single card along with $23,000 on a box.

In that 1st Edition box that Logan Paul purchased for $216,000 he found some incredibly rare cards. That was actually part of a charity drive where Logan then auctioned off the packs within and one of those packs had a 1st edition Charizard card that was valued at around $40,000 after it was given a 9-rating.