Paul George Shares Why He Wanted To Be Traded By Pacers, Said ‘Best PF’ Was Set To Join Team Prior To Move 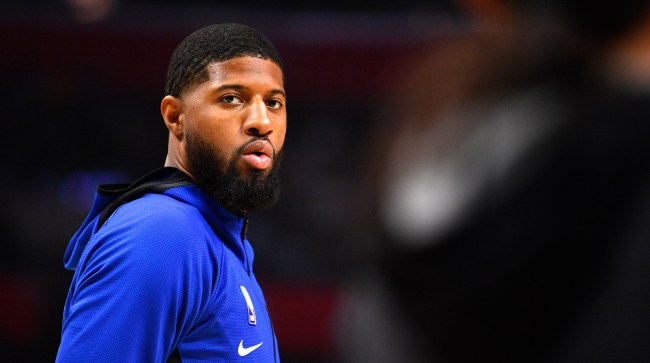 It feels like quite some time ago that Paul George was the face of the Indiana Pacers, but in actuality, he was a Pacer up until the end of the 2017 season. It wasn’t necessarily a shock to see him get traded to Oklahoma City during the summer of 2017, but there was a bit of mystery as to why he wanted out of Indiana.

George recently appeared on the Knucklhead podcast with Quentin Richardson and laid out why he eventually requested a trade.

He explained that the ‘best power forward at the time’ wanted to come join forces with him in Indiana in 2016, but the front office simply said that due to the Pacers being a small market team they couldn’t afford the unnamed player. He took that as a sign that Indiana wasn’t in the business of actually competing for a title.

“I had the best power forward at the time say he wanted to come to Indy and team up with me,” George said. “They were like ‘We are a small market, we can’t do it. We can’t afford it.’ After that phone call, I called my agent and was like ‘Man, get me up out of here. They don’t want to win.’”

There’s no denying that Indiana certainly falls into that ‘small market team’ bunch, but that doesn’t mean Pacers fans will take this news very well.

As to who the unnamed power forward is, it could have very well been Blake Griffin or LaMarcus Aldridge.

It’s interesting to think about how the landscape of the NBA would look if a big-time PF joined forces with George in Indiana.