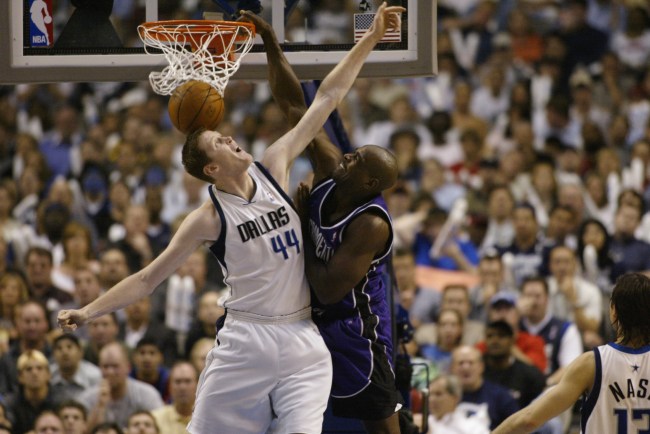 The answer of why he’s so tall is both simple, straight-forward, and also a lot more complicated and fascinating than anyone ever anticipated. He recently found out the reason why he’s so tall thanks to a study published in the International Journal of Genomics, a study he participated in after randomly meeting a geneticist from BYU while traveling on a plane several years back.

The simple explanation is genetics. Shawn Bradley is 7’6″ because his genes made him that way. The more complicated explanation goes on to show that he contains thousands of normal genetic variants that anyone of us could have. These genetic variants sort of predict being tall, and it’s common to have some of them.

With Shawn Bradley, the reason he was so freakishly tall is because he had them all, literally. As the Wall Street Journal puts it, it’s like he was given a million dollars in pennies. All of these tiny, common genetic traits added up to his incredible 7’6″ height.

The latest advances in height genomics was all the context his team needed to understand their subject’s DNA. They compared Bradley’s genotype with thousands from the Alzheimer’s disease Neuroimaging Initiative and one study of memory in local Cache County, Utah, to create a “height score” for each subject. Bradley’s genetic height score was off the charts.
What made it especially remarkable, though, was how unremarkable it was. There are thousands of SNPs, and every one of them has a small effect on height. Bradley was unusual because he had lots of little mutations that added up. It was like he’d been given a million dollars in pennies.
“He’s just a normal guy who’s really, really tall,” Kauwe said. (via WSJ) 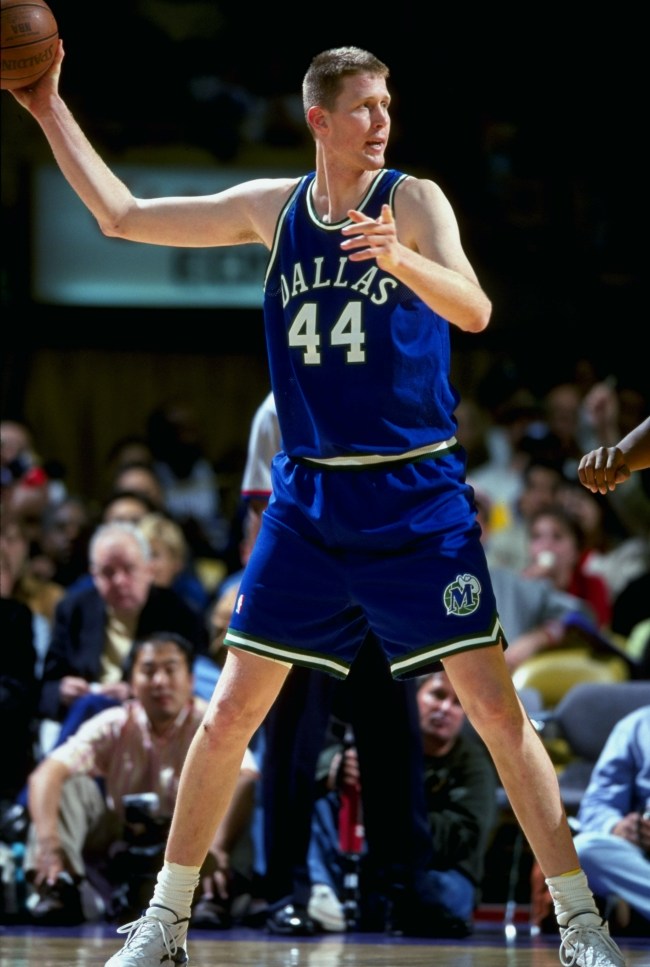 They ran the numbers and the odds of having his combination of genetic traits was ‘1 in 10 to the 30th power.’ “It’s less than 1 divided by the number of stars in the galaxy,”

I started college at Southern Methodist in Dallas before transferring to FSU my sophomore year and I caught like 8 or 9 Mavericks games that year because my best friend’s dad had season tickets and would let us use them anytime he didn’t take clients, which was pretty frequently. I remember seeing Shawn Bradley standing near Yao Ming and thinking that these dudes were playing Chess while a man of my height was playing Checkers.

Just how tall is Shawn Bradley compared to the average human male? The published paper describes him as being ‘8.6 standard deviations’ above the average American male and that puts him in the 99.99999th percentile. All because he somehow hit the genetic jackpot by having an over-abundance of very normal genetic traits.

You can check out the full rundown over on the Wall Street Journal for more in-depth analysis.

In the meantime, if you’re a short dude you can go to sleep at night knowing just because you’re short (I’m short) it doesn’t necessarily mean your kids will be short. They too can hit the genetic lottery like Shawn Bradley and be given a million dollars in genetic pennies.