Will Cain Shares Why He Left ESPN For Fox News 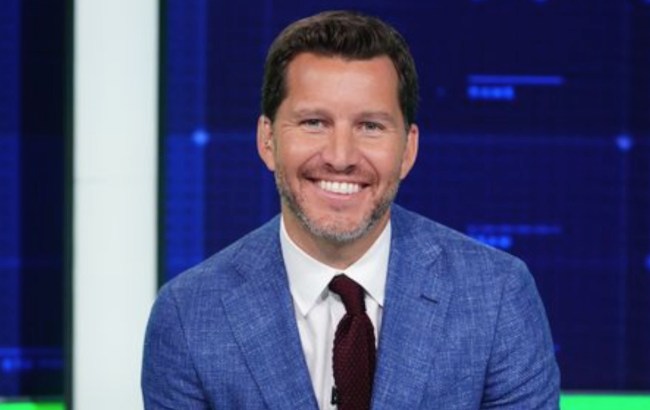 While a lot of people out there immediately think ‘sports radio’ when they hear the name Will Cain, his first real breakthrough in the media world came in 2011 when he was a fill-in host for CNN. Fast-forward some nine years later and now he’s a co-host on CNN’s biggest competitor, Fox News.

Cain hosted his own show, ‘The Will Cain Show,’ on ESPN Radio from January of 2018 to June 26, 2020 and was also a regular co-host on ‘First Take’ before deciding to leave and pursue a career in the political world with Fox News. His move from ESPN to Fox News surprised a few people because you don’t really see former news and political analyst make the jump to sports then back to the political side of things, but that’s exactly what the now ‘Fox & Friends’ weekend host decided to do.

The question on everyone’s mind is why?

Colin Cowherd asked him that question on ‘The Herd‘ this week and Cain’s answer basically was that he was sick of talking about sports with so many serious issues going on around the United States.

“The direction of the country over the last six months … it really impacted my decision on what I want to be talking about every day,” Cain said according to the New York Post.

“Let me be honest with you about my biases, my beliefs,” Cain said. “I don’t want to hide them from you and in response I want to hear yours … the biggest mistake we can make is to box people out – tell them ‘you’re wrong, you’re racist, you don’t belong in the conversation.’ That’s not what I wanted to do, I want to be honest about who I was and invite everybody else to tell me how I was wrong.”

Cain made his debut on ‘Fox & Friends’ in mid-August.

Related: Things Get Awkward When ESPN’s Will Cain Is Center Of Legit AF April Fools’ Day Prank On Live TV