My Wife Left Me For Bill Wennington’s Mustache 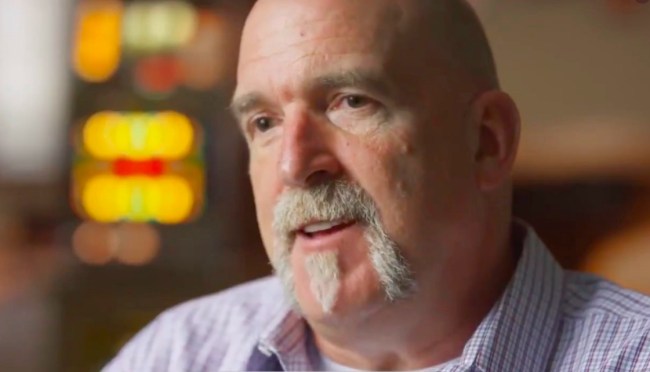 It is with immense sadness that I announce—after three years of matrimony—my wife is gathering the last of her belongings to start anew with Bill Wennington’s Mustache.

The vivacious love affair began three Sundays ago when the three-time NBA champion appeared on The Last Dance doc with what can best be described as The Official Mustache of the Milwaukee Police Department.

With just one look at the fashionable flock of follicles, manicured as pristinely as the 17th green at TPC Sawgrass, my wife’s eyes told me everything my pride forbade me to: I Would Never Be Able To Satisfy Her In A Way That Tantalizing Tickler Could.

As my bride stuffed her final pair of Lululemon pants I bought for $298 as an anniversary gift just a month ago, a montage of her potential life with Mustache imposes itself in my brain.

I envision the two backstage at the Chris Daughtry concert, Mustache wearing a leather vest, Wrangler jeans, and a chain wallet, endearing my former lover with captivating 9/11 conspiracy theories and promising her a beautiful wedding ceremony in a Waffle House parking lot. Mustache is particularly self-assured for someone wearing a court-mandated ankle monitor and sporting a bicep tattoo as tribute to a Marine infantry the government doesn’t have record he was ever a part of.

The punishing fantasy evaporates with the sound of the front door knob turning, and in a meager effort to extend the final fleeting moments of my doomed marriage, I blurted out a question I will forever regret asking:

“What do you plan to do with Mustache now?”

My wife pauses momentarily, and after brief contemplation, a wry smile appears on her face. 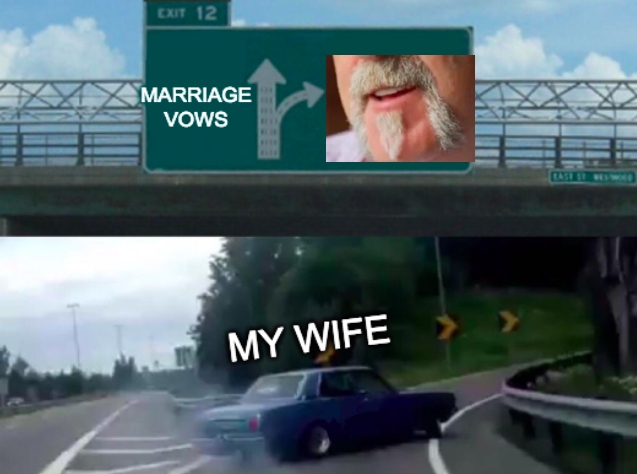