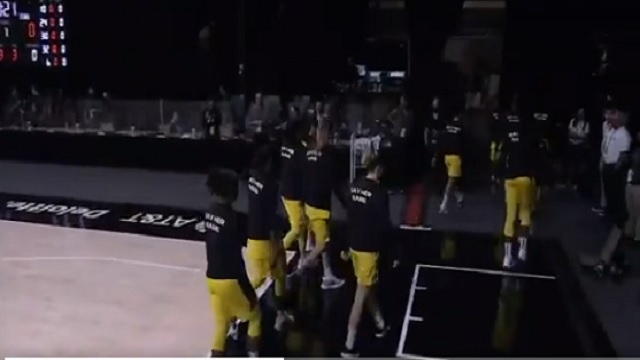 Instead of kneeling players on the NY Liberty and the Seattle Storm found another way to protest police brutality before games.

During the national anthem, players on both teams walked off the court and headed to their respective locker rooms.

As the national anthem was played, the @nyliberty and @seattlestorm walked off the floor as part of the social justice initiative. pic.twitter.com/VihH5X3Yzh

After the playing of the anthem, the players dedicated to the game to Breonna Taylor who was killed by police with a 26 second moment of silence.

Of course a lot of people weren’t happy with the players walking off the court during the anthem.

If a tree falls in the woods…… https://t.co/IFezhl7oQF

Stunts like this could provoke the fans to walk out.