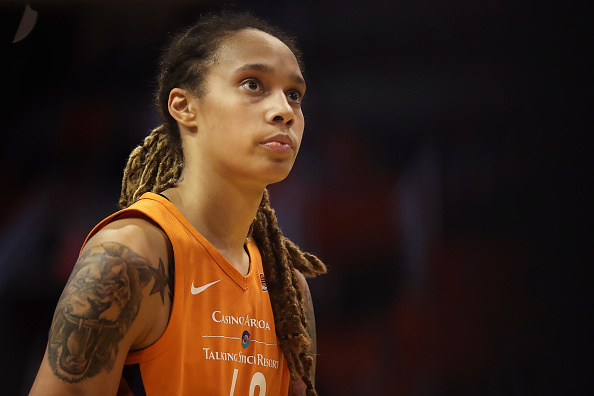 Last week, the NBA’s G-League announced they were increasing salaries to a whopping $125k for high school recruits who want to skip college and play professionally.

WNBA star Brittney Griner, who has been vocal about gender pay gap between the WNBA and NBA, wasn’t happy that high school recruits were being offered more money than the WNBA max salary and took to Instagram to criticize the NBA.

Must be fucking nice coming out of college getting that. We def didn’t see any money like that till we went overseas. AWAY FROM OUR FAMILIES AND LOVED ONES AND HAVE TO PLAY YEAR ROUND. I’m not saying that the dudes shouldn’t get it. So you crazy internet want to be thugs and you men that think women should just be quiet you can just sit y’all silly lil a## down! Something has to give before ppl just say the hell with playing durning the summer, and just rest our bodies and play overseas only were we can make a living for ourselves! People forget that we do this to provide for ourselves and our families. We do this YES because we love to play ball and for the Game! However, I can’t write on bill for the love of the game and think it’s going get paid lol!

Griner wasn’t the only WNBA star who has taken issue with the G-League’s new policy for high school recruits.

Hahahahahahahahhahahahahaha let me get one of these “select contracts” https://t.co/80zcLpdGOL

But lowkey the real question here is: with this being more than the WNBA max salary, would women be allowed to hoop in the GLeague? because I think some of us could hang. Asking for a friend. 💯✊🏿 😂 https://t.co/tTLYEg7UzL

so where do I sign up for the G league…..

I'm coming out of retirement 😂😂 Sign me up 🤔🤔 Bout to hit the gym to get back in shape… https://t.co/ChiIoPUazz

I’m trying to play in the G league what up ..