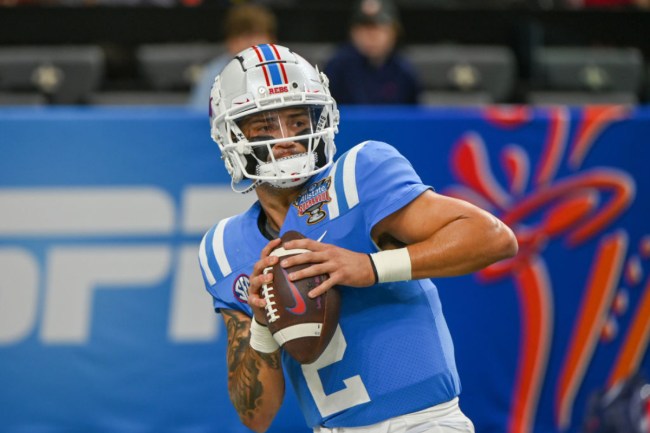 The Wonderlic test scores have reportedly been released for the top quarterbacks in the 2022 NFL Draft class. As per usual, NFL fans had quite the reaction to how certain quarterbacks fared on the test.

It was reported back in January that the NFL was set to eliminate the Wonderlic test moving forward, so perhaps this was the final year prospects will take the test.

Baley Zappe out of Western Kentucky scored the highest among quarterbacks in this year’s class with a 35. North Carolina’s Sam Howell was second on the list just one point behind Zappe, while Malik Willis out of Liberty rounded out the top three with a 32.

From there, the numbers dropped off significantly. Nevada’s Carson Strong scored a 22, Desmond Ridder out of Cincinnati managed a 19 while Kenny Pickett out of Pitt and Matt Corral of Ole Miss didn’t have good test days, scoring 17 and 15, respectively.

The Wonderlic is a 12-minute test featuring 50 questions that are scored on a scale of 1-50. The purpose of the Wonderlic is to measure a player’s mental processing power and timeliness.

The average player scores around 20 out of 50. While some experts believe the test is an outdated way of assessing players, for quarterbacks the numbers can be a bit more indicative.

Having said that, Lamar Jackson only managed a 13 on the test, and he’s certainly proven himself in the NFL. Josh Allen scored a 37 before he was drafted, while Baker Mayfield carded a 25.

You don’t come to Ole Miss to play school https://t.co/sVe64EDDPE

These are insanely bad compared to previous years https://t.co/UrR6uZZ2QN

Bailey Zappe’s intelligence stands out on tape so this comes as absolutely no surprise… https://t.co/Z8wJgPtrud

The wonderlic is a stupid test that has no correlation to decision making in football. I have no idea why they still make prospects take it https://t.co/VaE2n2oM5N

Not saying the scores are irrelevant, but when I took it on my pro day I scored a 36 and I’m now tweeting/blogging. https://t.co/P7RqQQ1SQu

Malik Willis should be the #1 QB drafted and isn’t a surprise to many folks on here. He’s got the talent and the mind to make it in the NFL. https://t.co/gJ0JV4ja4s