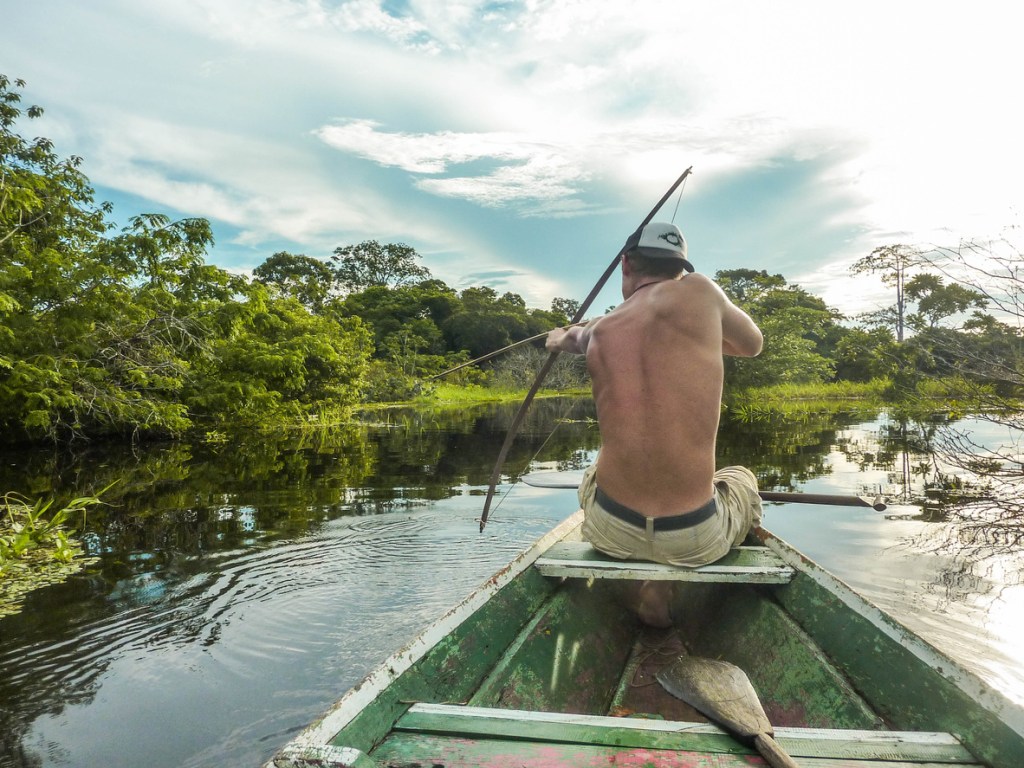 I bow fisherman from Perryville, Missouri just shot his way into the world record books. Matt Neuling was bowfishing on Lake Perry, Missouri and fired an arrow at what he thought was a 30-pound Grass Carp. He was mistaken. It turned out to be the fish of a lifetime, a world record 125 pound, 5-ounce Bighead Carp.

If you’re reading this and you are a carp fisherman, I’d love for you to find me on Twitter at @casspa and explain to me the allure of going after carp. They don’t put up much of a fight. Most species of carp are truly hideous (in my humble opinion), and they’re not commonly used as table fare.

Alas, I understand the allure of chasing a world record fish of any species. Unfortunately for any carp fisherman in the world, I think Matt Neuling just put this species record out of reach for years to come.

Look at this absolute beast of a fish. It looks more like an ‘Amazon River Monster’ you might see on TV than a Bighead Carp from Missouri.

Check out this monster! Matt Neuling of Perryville swiped the state record, and qualifies for the world record, after shooting this 125-pound bighead carp at Perry Lake. Read the story at https://t.co/YUYPw8EbYu pic.twitter.com/Hkgw2NafqH

A Bowfishing World Record Caught Them By Surprise

He knew it wasn’t some 30-pound Grass Carp when he fired the shot and the fish was like ‘nah, I’m not moving.’

“I was out with my buddy early that morning when we both shot what we thought was a 30-pound grass carp,” Neuling recalled. “My buddy’s arrow pulled out, but mine shot straight through and stayed in there.”

Matt was legitimately lucky to have a friend out there with him. Without a second arrow and another set of hands there’s no way he could’ve gotten that fish to the boat or in the boat.

“We just couldn’t believe it”

It is absolutely gargantuan.

“We just couldn’t believe it,” he said. “We knew what type of fish it was, but we had never seen one that size. This thing is a straight up monster. A five-gallon bucket could easily fit in its mouth. If my buddy wasn’t with me, there was no way I could have pulled it out of the water.”

For anyone out there shaking their fists at this type of fishing, you should know that this is an invasive species around here. The Bighead Carp is native to Asia and a 150-pound World Record specimen like this is actually a testament to how dangerous invasive species can be. It’s proof that species and THRIVE outside of their native environments while wreaking havoc on the local flora and fauna.

This fish is already a certified state record in Missouri and it qualifies as a world record bighead carp for bowfishing. But, that certification process will need to unfold before that becomes officially official.

MDC Fisheries Program Specialist Andrew Branson estimates a fish like this was about 10 years old. They actively encourage anyone who encounters this invasive species to harvest them and get them out of the local waters. So this was actually a big win for conservation.

For more on this world record Bighead Carp catch, you can read a full press release on the Missouri Department of Conservation website.