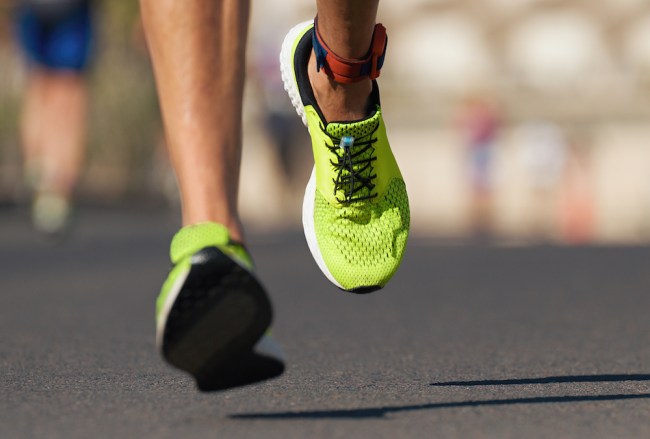 More than a few running world records have been set over the last few months.

The shutdown of the world and quarantine might be the cause. Runners have more time to devote to getting better and running faster.

The world record of running a mile while dribbling a basketball was shattered and this guy ran 100 miles on a treadmill in 12 hours.

British runner Ashley Winter might have the most impressive running record though. The 37-year-old from Hereford, England, set a Guinness World Record after running a mile in 10 minutes and 11 seconds while wearing a blindfold.

To add another degree of difficulty, Winter has a vision-impairing eye disease called keratoconus. Keratoconus is “a progressive eye disease in which the normally round cornea thins and begins to bulge into a cone-like shape. This cone shape deflects light as it enters the eye on its way to the light-sensitive retina, causing distorted vision.”

So that eliminates any conspiracy theories of Winter cheating by being able to see through the blindfold.

Winter’s world record run also raised money for a good cause. The money he raised prior to running the blindfold mile went to the charity Fight for Sight. Fight for Sight is the leading UK charity dedicated to stopping sight loss through pioneering research.

“I’m delighted that my Guinness World Record attempt had been approved. I want to prove to myself and to others with an eye condition what can be done if you put your mind to it,” Winter told the Hereford Times. “By raising money for Fight for Sight I hope to help find the next breakthrough in treating sight loss conditions like keratoconus.”

Love running? Check out our new podcast, We Run This.