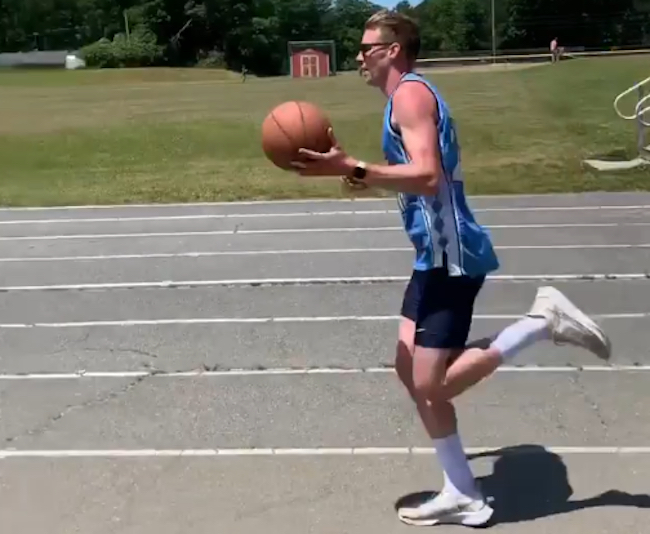 The documentary The Last Dance has been the inspiration for many things.

“I grew up playing basketball,” Sorenson explains in the IGTV video documenting the world record run. “I’m from Indiana, which is, if you’ve ever seen Hoosiers, you know that in every other state it’s just basketball, but this is Indiana.”

Sorenson is a track and field at the University of North Carolina, which he says has the “most iconic basketball program in the world.”

Sorenson completed the run on his 30th birthday, realizing it was the perfect opportunity to try this challenge.

According to Men’s Health, the previous world record for the fastest mile while dribbling a basketball was held by runner Thomas Schauerman, with a time of 4:52. Schauerman set that time just days after two-time Olympic medalist Nick Symmonds broke the record with 5:29.

“Two of my greatest passions in life have been basketball and track and field,” said Sorenson, “and so I thought what better way than combining both of them to celebrate my 30th birthday.”