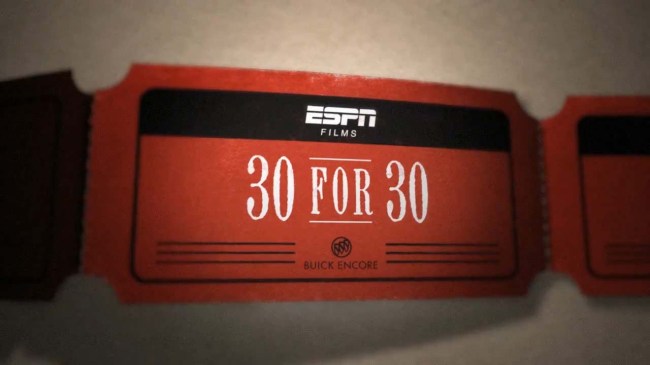 The hype train left the station at breakneck speed last December when Christmas came a day early thanks to ESPN, which provided us with our first glance at The Last Dance, the documentary series that promised an unprecedented look at the career of Michael Jordan with the help of the exhaustive amount of never-before-seen footage recorded over the course of his final season with the Bulls.

However, that present was kind of like finding out your parents had gotten you a Nintendo Switch only for them to tell you it didn’t come with a controller because they were all on backorder until the summer, as the announcement came with the caveat we’d have to wait until June for The Last Dance to premiere.

That all changed when we woke up one day in the middle of March and got a taste of what the characters on The Leftovers must’ve felt like when the sports we know and love abruptly vanished from our lives. This obviously resulted in quite the conundrum for a network dedicated to covering sports, which brought back “The Ocho” and started airing old WrestleMania shows to try and compensate.

It didn’t take long for people to start lobbying ESPN to roll out The Last Dance earlier than planned and it was nice enough to do exactly that. Based on the much-needed joy it’s brought into our lives over the course of the first six episodes (and the ratings they’ve garnered), it seems like they made the right call.

However, in just a couple of weeks, The Last Dance will come to an end and—barring any major developments—ESPN will once again have to figure out how to grapple with the existential problem it’s been confronted with.

According to Deadline, The Worldwide Leader is once again turning to documentaries to save the day, as it has pushed up the premiere date of three 30 For 30 projects that will air on the network on Sunday nights beginning on May 24.

The first is LANCE, a two-parter made with the cooperation of Lance Armstrong to provide some insight into his meteoric rise and subsequent plummet from grace. This will be followed by a look at the life of Bruce Lee in the form of Be Water, but the most exciting offering is easily Long Gone Summer, which features interviews with Mark McGwire and Sammy Sosa as they recount their performance-enhancing-drug-fueled race to break Roger Maris’ home run record in 1998.

I’m sure most people are hoping for them to talk about the illicit substances they used but I’m personally more interested in getting some insight into the substances Sosa has used to bleach his skin. However, I’m sure it’ll be phenomenal even if that aspect goes unaddressed.