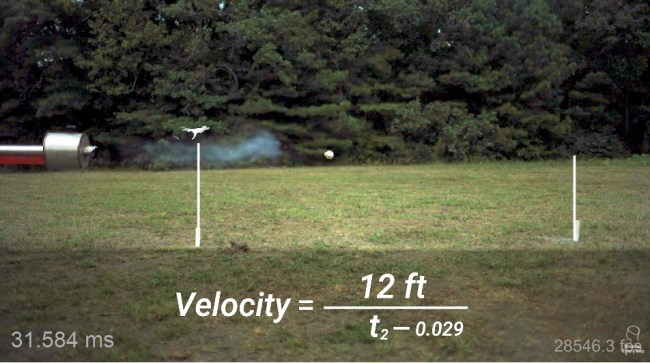 For the longest time MLB Hall of Famer Nolan Ryan held the record for the fastest pitch ever thrown at 100.9 mph, which he threw in the ninth inning of a game in 1974.

Since then, the record has been broken numerous times with the fastest pitch ever recorded in a Major Leage Baseball game now belonging to Aroldis Chapman, who reached 105.1 miles per hour in a game in 2016.

The thing is, back when they measured the speed of Nolan Ryan’s pitches they clocked the speed at 10 feet in front of home plate.

Chapman’s pitch was measured using a Pitch/FX system that measured the speed of the ball roughly 50 feet from home plate. Big difference.

Today that measurement has been corrected for accuracy and Chapman’s pitch is recognized by Major League Baseball is actually being 105.8 mph.

However, when Ryan’s 100.9 mph is properly adjusted to match today’s speed measuring tools, it is revealed that it was really more like 108.5 mph.

All of which is my way of telling you how completely insane it is that the guys over at SmarterEveryDay were able to launch a baseball at a speed of Mach 1.35, or 1,538 feet per second, or 1,050 miles per hour, using a supersonic baseball cannon they created.

Of course, being the scientists that they are (and being typical guys), they wanted to find out what it would look like using slow-motion video when a regulation Major League Baseball were thrown 1,050 mph into a solid, stationary object.

The result was gnarly.

“That awkward moment when you’re messing around with a baseball and you end up discovering a different dimension,” wrote one commenter on YouTube.

Here’s how an earlier test ended up… 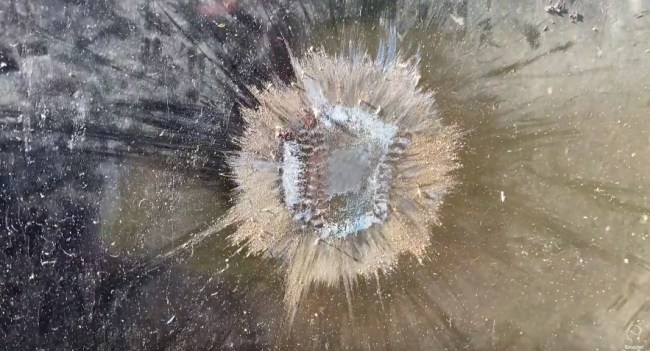 Watch the entire process, from designing and building the cannon to actually launching some supersonic baseballs below…

Now if these guys can just figure out a way to use their 250 mph baseball bat to hit one of those balls they would really be on to something.