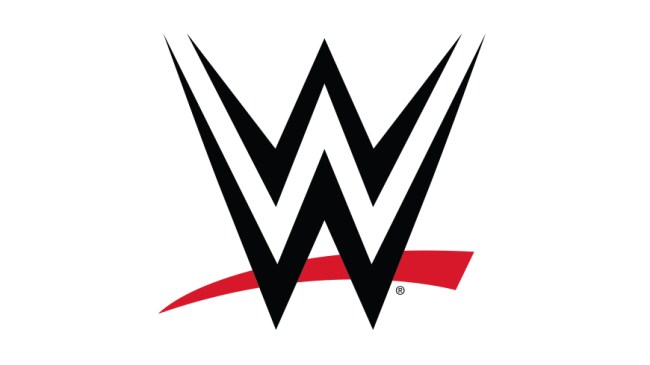 WrestleMania 34, “Showcase of the Immortals” is Sunday Night in New Orleans. Brock Lesnar and Roman Reigns will headline the event. JohnWallStreet had a chance to catch up with WWE Co-President George Barrios to discuss the mathematics behind the company’s subscription based model, the economic impact WrestleMania has on the host city and why the company is more attractive than ever, from a marketing standpoint; days before the company’s biggest show of the year.

JWS: Roughly 3 years ago, the WWE moved from a PPV driven business to a subscription based model. If WrestleMania is the “Super Bowl”, how does the company ensure there isn’t a drop-off in subscriptions following the biggest show of the year?

George: “There’s a certain math to subscription businesses. Every day that you bring in new fans, they will eventually fall into one of three buckets. The first is someone who joins and says, “it’s not for me”; they come, they try it and they leave. The second one is somebody who comes in and says, “I like it, but in this digital subscription world, it’s easy to come in and out”. Then the 3rd group, which is obviously our favorite, comes in and says, “I love this, I’m in and stays.”

So, WrestleMania, because it’s so big, will draw a disproportionate number of people into the service. By definition, all 3 of those buckets will be the largest at that moment in time; including the first bucket, which is the people who leave. You can’t really get away from that. We know it’s a normal part of the cadence of the business. The math means that because it’s the biggest gross ad event, it’ll also be the biggest one where we lose people. As long as we keep growing, we’re fine.”

JWS: Over the last 11 years, WrestleMania has generated more than $1 billion in economic impact for the host cities. What is about the event that has cities bidding for the event time and again?

George: Forbes has a ranking of the biggest drivers of economic impact and every year we’re in the Top 10, last year we were number 6; it’s the Super Bowl, the Olympics (Summer/Winter), the World Cup, the NCAA Tournament and WrestleMania. Not only will we have fans from all 50 states in attendance, but we’ll have fans from 30 or 40 countries there; those other properties don’t do that. So, our ability to bring in people from literally all over the world, is what drives the economic impact (and cities interest). Last time we were in New Orleans (WM 30), we did $140-$150 million of economic impact; it’s what got us on the Forbes list. Last year in Orlando, we did a record $181.5 million.

JWS: Corporate sponsorship revenue grew +29% YoY in ’17. Why is WWE more attractive than ever, from a marketing standpoint?

George: I think it’s a confluence of a couple of things. Number one, we went TV-PG with RAW and SmackDown! in 2008; so, we’re now 10 years in and I think that it takes time. That move did a lot for the perception of the brand, which is important for the advertising community. The second thing is the technology that enables us to go to any home in the world with a video broadband connection, that was not possible 7 or 8 years ago. We now aren’t just known as a company that creates this interesting wrestling content, in the B2B community we’re now viewed as the poster child for social, digital and direct-to-consumer engagement (Editor Note: in Part 1, George discusses the company’s transition to a multi-platform model). It’s changed our business profile.

Howie Long-Short: WWE reported record revenue ($801 million, +10% YOY) for full-year 2017, with adjusted OIBDA (operating income before depreciation and amortization) also setting a company record ($101.9 million, +40%). For Q4 ’17, the company increased revenue 9% YOY to $211.6 million; while increasing paid subscribers to the WWE Network from 1.41 million to 1.48 million. Shares are up 67% since October 25th, 2017 (and 17.75% in 2018). The primary catalyst is the optimism surrounding the company’s next series of television contracts. The current deal with NBCUniversal (for RAW/SmackDown) pays the company $200 million/year. It’s expected the next deal will double in value. Broadcast deals in India and the U.K. will also be expiring at the end of Q4 ’19.

Fan Marino: WWE fans aren’t going to be pleased to hear this, but UFC President Dana White reported “Brock Lesnar’s coming back (to the UFC).” The return may not be imminent though, as White left himself a little wiggle room adding, “I don’t know when, but yes he is.”

Fitbit Targeting Women, Children and the Price Conscious as Amidst Stiff Competition

Fitbit (FIT) believes there is an opportunity to “bring more women into the smartwatch category”, one that is currently 60% male, and is developing a series of newly designed apps for the female user. The company plans on building the largest database of women’s health metrics (from healthy women), tracking menstrual cycles, fitness activity and sleep patterns; while offering users health tips and insight into their fertility window. The apps will be available on the Ionic and newly introduced Versa model; announced as a “mass appeal” (see: affordable) watch, with versions starting at just $199. It should be noted that FIT also sees an opportunity to capitalize with children (8+), announcing the pending release of the company’s first kid-focused tracker.

Howie Long-Short: Fitbit (FIT) shares took a dive (-11% from $5.11 to $4.55) earlier this week (they have rebounded slightly since to $4.91) following a note from Morgan Stanley analyst, Yuuji Anderson, stating, it’s “hard to see a floor” on the company’s share price; while projecting the company’s sale of “new smartwatches will be outweighed by declines in legacy products.” If true, that would explain why the FIT is placing an emphasis on data collection; it’s hoping to resell the information to insurance and healthcare companies and generate some recurring revenue. Shares are down 31% since December 11th as questions remain about the company’s ability compete in a crowded smartwatch market (think: Apple, Xiaomi, Garmin, Huawei).

Fan Marino: A man was sentences to 2 years in jail for creating a phony buyer, with the intention on manipulating FIT’s share price in Nov. ’16. The con filed a document stating FIT had an offer from a buyer prepared to pay far above the share price. As news broke, shares increased 10% and the man dumped his options for a $3,000 profit. Clearly, not a man familiar with the concept of risk/reward.