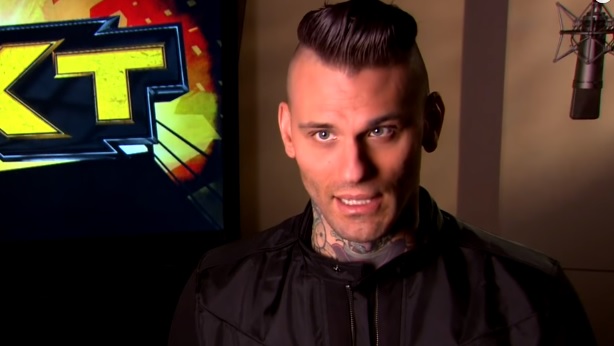 There’s some drama brewing in the WWE world tonight.

Earlier today, the wife of WWE commentator Corey Graves put him on blast for allegedly cheating on her with Carmella.

This may be totally below me to do but I’m hurt. I’m sad. I’ve put 11 years into supporting a man to accomplish his dream only for him to punch me in the gut! I’ve been through suicide attempts, alcoholism, among so much more with him and stuck by his side. The kicker is finding out that he’s been sleeping with one of my daughters role models all along. @carmellawwe and @wwegraves I hope you guys are happy. I really do!”

Graves’ wife went on to post a text from Corey where he told her that the WWE was threatening to sue if she didn’t take the Instagram post down.

When I see why people are tweeting about Corey Graves pic.twitter.com/FU4uHLeorH

Oh, a lot of people tweeting about Corey Graves, I wonder wh- pic.twitter.com/vM2DKtAhTz

Corey Graves on commentary tomorrow when Carmella comes out pic.twitter.com/QdAWdcFXIM