WWE Network is adding shows about Mr. McMahon’s “Stooges”, six-time women’s champ Mickie James and classic Attitude Era shows to the lineup. Here’s a quick rundown of the  the new collections added to the WWE Network for May 2018

As a groundbreaking and powerful woman, Mickie James has seen and done it all. Mickie grants an exclusive interview to WWE Network and doesn’t pull any punches discussing her toughest opponents and most trying times inside WWE and out. Check out the matches that put the six-time champion on the map against the likes of WWE Hall of Famers Lita, Beth Phoenix and Trish Stratus. Then, join Mickie as she helps empower the female superstars of today such as Becky Lynch, Alexa Bliss, and the “Empress of Tomorrow” Asuka. Energetic and magnetic, there’s no denying Mickie James’ ability to entertain the WWE Universe.

New Classic Contenton WWE Network In May 2018: Journey back to the heart of The Attitude Era with the first full year of Sunday Night Heat. Debuting in the summer of 1998, Heat showcased WWE’s biggest Superstars like “Stone Cold” Steve Austin, Sable, DX, The Undertaker and more. In this Classic Content Collection, you get a small taste of the larger offering with 10 memorable episodes, including the lead-in to SummerSlam 1998 and Royal Rumble 1999. 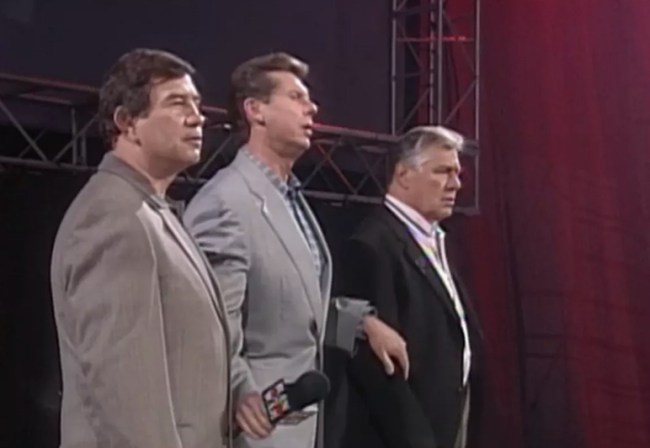 Accomplished Champions, Legendary Entertainers, WWE Hall of Famers… Corporate Stooges??? Join Pat Patterson and Gerald Brisco as they host their very own WWE Network Collection. You’ll hear first-hand from the bickering odd couple as they offer never-before-seen insights on their wildest matches and zaniest moments. Keeping the Chairman Mr. McMahon happy can cost you, and Patterson and Brisco often learned that the hard way. Whether it was finding themselves on the business end of beatdowns courtesy of “Stone Cold” Steve Austin, The Undertaker, and Kane, or getting mixed up in unpredictable 24/7 Hardcore Championship Matches, The Stooges always seemed to make us laugh. This Collection is a must-see for any fan of The Attitude Era.

Fresh off WrestleMania season and the critically-acclaimed Andre the Giant documentary on HBO, the WWE Network is adding a slew of content aimed at the biggest event, and biggest man, in the company’s history. The WWE Network Collections in April include WrestleMania Theater, Andre The Giant’s biggest matches, a collection dedicated to Finn Bálor and even more classic WCW content from WCW Saturday Night.

Andre The Giant: Breaking down barriers and fascinating millions, Andre truly encapsulated what it meant to be a giant. And now, the larger-than-life legend has a collection to match his massive stature. With the biggest collection in WWE Network history, you can relive the one-of-a-kind career of the Eighth Wonder of the World as he battles the likes of Big John Studd, Jake “The Snake” Roberts, and Randy “Macho Man” Savage and entertains the masses with hilarious antics and revealing interviews. Also, relive the spectacle of Andre challenging Hulk Hogan for the WWE Championship in front of a record audience of 93,173 at WrestleMania III. Check out this colossal Collection worthy of WWE’s original Hall of Famer.

Finn Bálor: Worldwide Sensation: Captivating the WWE Universe from the moment he burst through the curtain in NXT, Finn Bálor has proven that his star is on the rise. The magnetic Bálor connects with audiences and mesmerizes opponents, especially when unleashing his inner “demon.” Relive the Irish-born superstar capturing championships, as well as his breakout performances against the likes of Kevin Owens, Samoa Joe, Roman Reigns and Seth Rollins. Your search for the Bálor Club ends here with the coup de grace of collections.

WWE Network Collections showcase the very best of what WWE Network has to offer. With an incredible assortment of memorable matches and moments right at your fingertips, WWE’s massive video library has never been easier to navigate.