As a millennial ’90s kid, nothing makes me realize my age and own mortality more than The Undertaker’s final Wrestlemania match against Roman Reigns. Kids my age grew up in awe of his character, a morbid, menacing grim reaper in spandex. Watching him hang it up last night at 52 years old hurts the heart.

There were many tributes to The Undertaker across social media, but none were more classy than the one by the WWE’s production crew. The crew left his gloves, hat and jacket in the ring untouched while striking the Wrestlemania set at the Citrus Bowl, making for a wonderful visual of his legacy:

The WWE production crew are dismantling the Stadium but leaving the hat and gloves right where they are… Classy #WrestleMania pic.twitter.com/UO0n9BoQPH

Thanks for the memories, Mark Calaway. You certainly deserve the happiest of retirements outside the company.

There will never be another quite like him. Thank you Taker! pic.twitter.com/FFQxvXOuNY

The most MAGICAL being in the history of our industry.#ThankYouTaker pic.twitter.com/6mmjatftJ1

Theres a reason why "the boys" call the Dead Man "Boss."

And to the Boss, I say…#ThankYouTaker 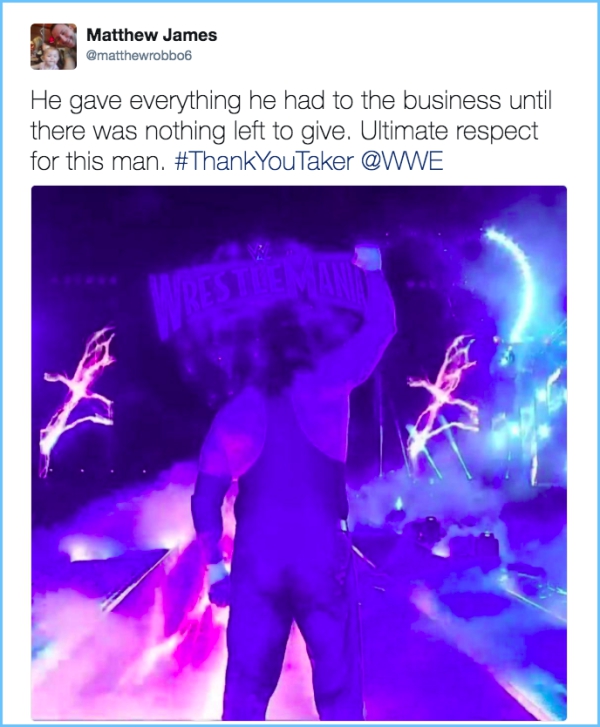 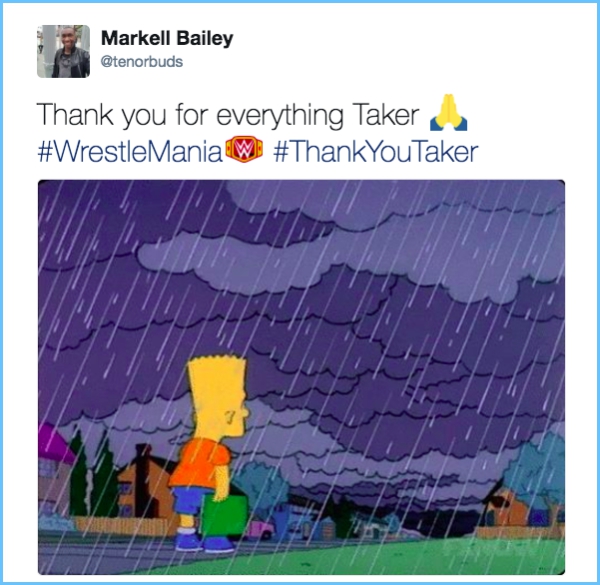