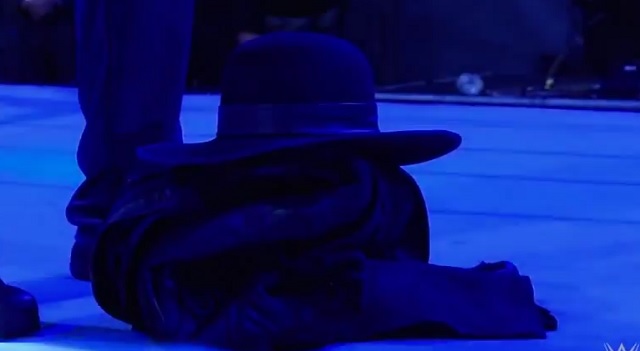 The Undertaker lost to Roman Reigns at WrestleMania 33 in Orlando on Sunday and presumably decided to call it a career.

After the match was over, Undertaker left his gloves, hat and jacket in the ring to symbolize that he was calling it quits after 27 years in the squared circle.