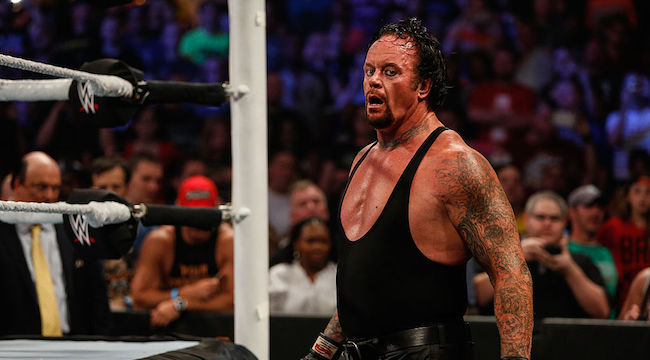 Football and professional wrestling both feature impossibly muscular men crashing into each other at high speeds for the entertainment of the masses so a megalomaniacal ruler who refuses to acknowledge the existence of concussions can profit. Based on how much they have in common, it only makes sense that the athletes who participate in each sport have a fair amount of respect for each other.

Last month, Julio Jones And Mohamed Sanu each rocked their own unique pair of custom Ric Flair cleats during pregame warmups, and now Minnesota Vikings tight end Kyle Rudolph is throwing his large-brimmed hat into the ring with a pair of Undertaker-inspired shoes that he plans to rock this week.

Mache Custom Kicks shared a video of the cleats being painted by hand ahead of Sunday’s game against the Baltimore Ravens. Rudolph apparently commissioned the cleats to celebrate the TLC: Tables, Ladders & Chairs PPV that will take place in Minneapolis on Sunday night.

Unlike previous seasons, players are now permitted to wear custom cleats on the field before the game without having to worry about Glorious Leader Goodell slapping them with an arbitrary fine. It might not be perfect, but it’s progress.