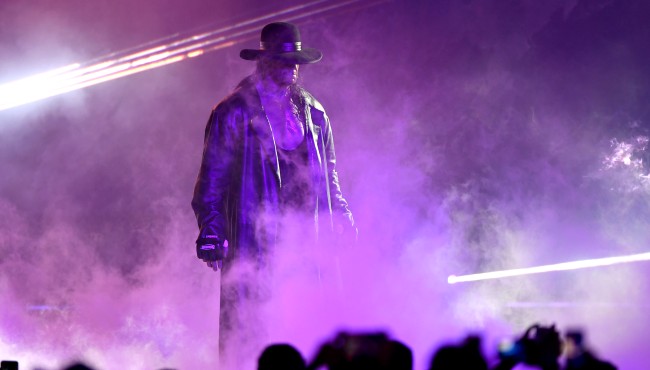 The latest episode in season three of the Vice documentary series The Dark Side of the Ring is causing some significant fallout for several significant professional wrestlers.

The episode, titled “The Plane Ride From Hell,” delves into one of the more notorious stories surrounding the WWE.

In 2002, while on a trip overseas to Europe, the WWE roster was traveling on a luxury private jet when, due to flight delays, they were forced to spend around 14 straight hours on the plane.

The open bar with a seemingly endless supply of alcohol, combined with the widespread use of illegal prescription drugs like Halcion, mixed with the testosterone-laced attitudes of many wrestlers of the time, created an environment that eventually led to the dismissal of several WWE stars including Scott, Hall, Dustin Rhodes, and Curt Hennig, as well as a lawsuit filed by two of the flight attendants that were on board.

Related: Fans React To Ric Flair Being Portrayed As A Mega Creep In ‘Dark Side Of The Ring’ Documentary

As a result of the airing of this episode, several former professional wrestlers have weighed in on what the environment was like in the WWE back then, including Justin Credible, Rob Van Dam, and, during an interview on That 90’s Wrestling Podcast, former WWE star Rene Dupree.

During his interview, Dupree, a two-time tag team champion while with the WWE from 2003 to 2007 (winning the World Tag Team Championship at the age of 19), added the legendary Undertaker to the list of WWE stars who didn’t exactly behave like civilized people are supposed to behave.

According to Dupree, The Undertaker, the widely-viewed locker room leader of the WWE at the time, ordered other wrestlers to bully and haze him for not going out drinking with the rest of the “boys.”

“They took my $500 shoes and $1000 suit and ruined it in the shower because I didn’t go out drinking at a bar the night before because nobody invited me,” claims Dupree. That’s just materialistic sh-t. You can replace that, that doesn’t bother me.

“What really bothered me is when in Italy the next night they took my French flag, my heritage, they shoved it in a toilet and pi–ed and sh-t all over it.

“I don’t know what bullsh-t world you live in but in my world that’s called racial discrimination. That was really hurtful.”

After that incident, Dupree says he went to WWE agent and former wrestling star Arn Anderson for advice.

Dupree says Anderson told him, in what appears to be a common practice based on this episode of The Dark Side of The Ring, “Don’t sell it.”

“I was like okay,” said Dupree. “The next person I went to was The Undertaker and I said ‘What do you do when someone does this to you?’ And he goes ‘Well you find out who does it.’

“He ordered them to do that because I didn’t go out drinking with him and the guys at a bar.”

This isn’t the first time Rene Dupree has accused his former WWE co-workers of using bullying tactics while he was with the company. He has also previously claimed that others, including John Bradshaw Layfield (JBL), Bob “Hardcore” Holly and others also participated in the alleged harassment, which at times included homophobic taunts.