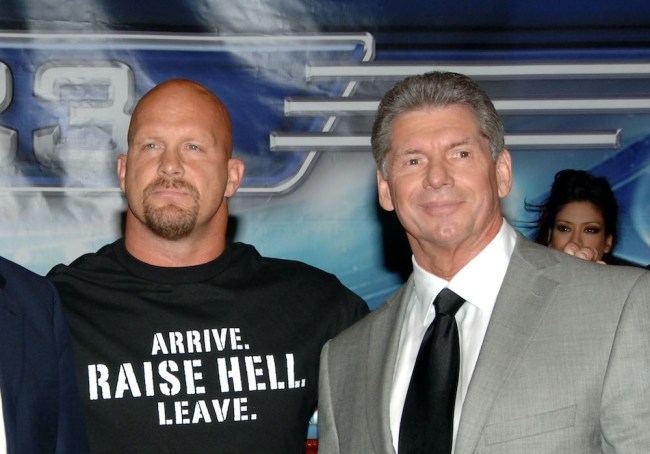 Another day, another WWE legal battle, though this time the company has a legit case.

Heel By Nature obtained the legal documents regarding the dispute, including WWE’s complaint and an answer from the Stone Cold Jones soda company.

Here’s the entire complaint from the WWE legal team:

The popularity, success, and recognition of WWE’s STONE COLD Marks are the direct result of the substantial time and money invested by WWE in development, marketing and promotion of the marks.

WWE’s STONE COLD Marks are uniquely and exclusively associated with WWE and have become indelibly linked in the public’s mind in exclusive association with and in exclusive sponsorship by WWE.

WWE has used and continues to use its STONE COLD Marks in connection with its wrestling entertainment services and related goods through its programming which is distributed domestically and internationally through the WWE Network and is available on WWE’s other official online outlets (e.g., wwe.com and WWE’s YouTube channel), and its online merchandise store. WWE’s use of its STONE COLD Marks predates any date of first use upon which Applicant can rely.

On October 23, Jones filed a response, stating that the name is “recognized as being associated with Jones and that it’s unlikely to create market confusion.”

As a result of Jones’ continuous and exclusive use of the STONE COLD JONES mark since the time of Jones’ first use in or around January 2019 in connection with its products, the Mark enjoys wide public acceptance and association with Chris Jones (“Mr. Jones”), professional football player and pro bowler.

Further, the Mark has come to be recognized widely and favorably by the public as an indicator of the origin of Mr. Jones in conjunction with the National Football League (“NFL”), and more specifically the Kansas City Chiefs—2020 NFL Super Bowl Champions.

There is no likelihood of confusion, mistake, or deception because, inter alia, the Mark and the alleged trademark of Opposer are not confusingly similar.

While Jones does have a point that no one would mistake the defensive tackle for the former WWE star, the federation has a legit gripe since the Stone Cold name is synonymous with Steve Austin and the wrestling promotion.