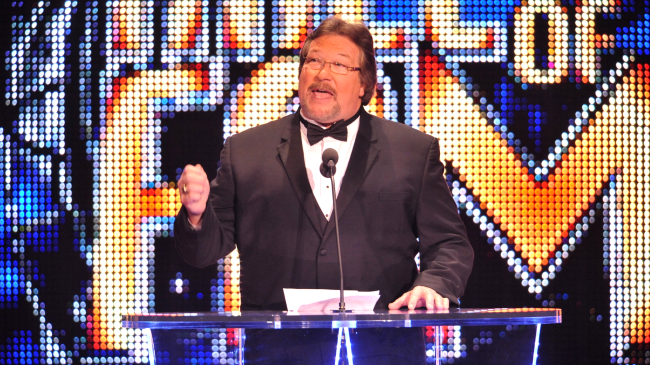 “Two nonprofits, the Mississippi Community Education Center (MCEC) and the Family Resource Center (FRC), either misspent or improperly dispersed portions of that $77 million, meaning the money was ultimately misspent by a vendor to the nonprofit,” Mississippi State Auditor Shad White said in a statement. “As a result, the board and leadership of MCEC were served with a demand for $68.159 million. FRC’s board and leadership were served with a demand for $15.549 million.”

Ted DiBiase Jr. reportedly received almost all of the $3.9 million he owes (which includes interest) as a motivational speaker for the Mississippi Department of Human Services.

Also listed among the famous names to have benefited from this embezzlement scheme are Hall of Fame quarterback Brett Favre’s business Favre Enterprises, which owes the state of Mississippi $828,000, and former NFL running back Marcus Dupree, who owes $789,534 that was paid to his foundation.

Related: Brett Favre Ignores And Blocks Reporter Who Asked Him If He Was Ever Going To Repay $600k In State Welfare Funds As Promised

MississippiToday.com reports, “Favre paid $500,000 to the auditor’s office shortly after the news broke, but failed to pay the remaining $600,000. The athlete refused to answer any of Mississippi Today’s questions about why he received the contract, what he performed for Families First, or where the remaining money was. He offered a short explanation to his Twitter followers before blocking this reporter on the platform.”