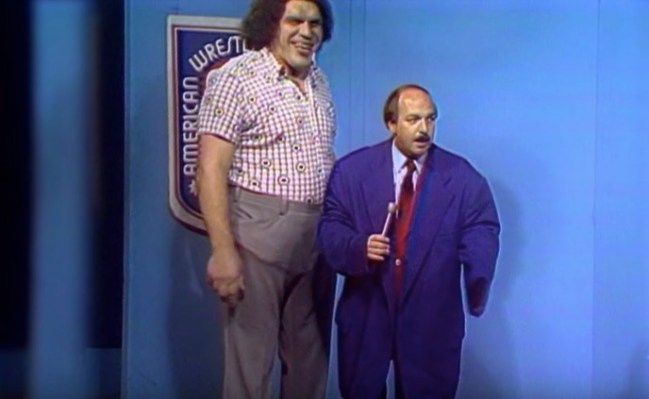 ‘Mean’ Gene Okerlund passed away on January 2, 2019 here in my hometown of Sarasota, Florida. The WWE held Monday Night Raw in Orlando, Florida this week where they aired this amazing tribute to WWE Hall of Fame member Mean Gene.

I would have liked to have penned a tribute to the late, great ‘Mean’ Gene Okerlund last week after he passed away at the age of 76-years-old but I was out of the country when I heard the news of his death. I haven’t known too many celebrities over the course of my life, I’ve met a ton due to the nature of my job, but I haven’t known many. I was, however, fortunate enough to know Mean Gene.

I didn’t know him super well or anything but I was lucky enough to play a few rounds of golf with him over the years. My dad knew him well and they were golf buddies. Despite spending his life surrounded by herculean wrestlers like Hulk Hogan and Andre the Giant, Mean Gene would build me up so hard when we’d play golf. He’d act like every drive I hit went further than Happy Gilmore against Shooter McGavin. I’m not a huge guy by any stretch of the imagination, average height and weight, but you’d think I was Dustin Johnson off the tee box playing with Mean Gene.

He was such a nice guy to me and he really had no reason to be. That’s how I’ll remember him. There’s nothing profound at all about this story, I just thought I’d share my experience.

This tribute from the WWE aired during Monday Night Raw and it looks back at the incredible Hall of Fame career of Mean Gene. I hope you enjoy it.

An amazing tribute to an incredible life. He’ll be missed.