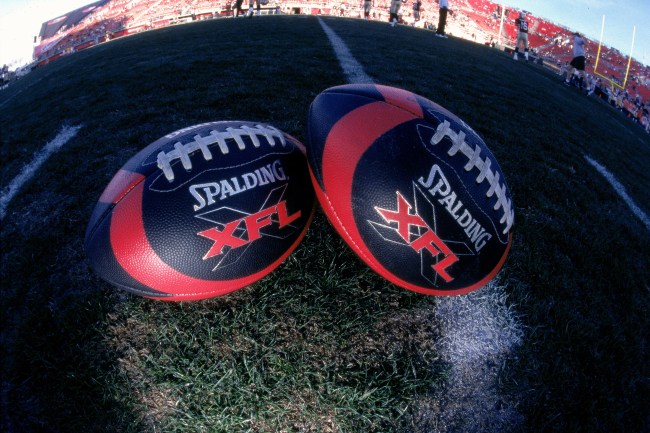 The new iteration of the XFL debuts next month and we’re starting to see how the league is going differentiate itself from the NFL.

On Tuesday morning the XFL released their new rules and it features over two dozen changes to conventional football played in the NFL.

Here are the biggest rule changes you’ll see in the XFL next season.

First off is the three-tiered extra point system that eliminates the conventional extra-point kick.

The XFL is also going to feature the double-forward pass which will allow teams to throw two forward passes as long as they both originate from behind the line of scrimmage.

The most dramatic rule change is a soccer-style overtime shoot-out format that will consist of teams taking turns trying to score from the 5-yard line.

Overtime shall consist of 5 “Rounds”, staged in alternating single-play possessions as is customary in NHL shootouts or MLS penalty kicks. A “Round” will consist of one offensive play per team. Each possession starts at the opponent’s 5-yard line and the offensive team has one play to score. The team with more points after 5 rounds is the winner.

If a team has been mathematically eliminated before all 5 rounds have been completed, the game ends immediately (e.g. If Team A scores on its first 3 attempts and Team B is stopped on its first 3 attempts, then no subsequent plays are necessary).
If teams are tied after 5 rounds, then rounds continue until one team is leading at the conclusion of a round, and that team will be the winner.

For scoring purposes, each successful overtime score is worth 2 points.
The defensive team cannot score. If the offensive team commits a turnover, the play is over immediately.

If the defensive team commits a penalty, the offensive team will be allowed to re-attempt from the 1-yard line.

If the offensive team commits a pre-snap penalty, the ball will be moved back from the original spot, pursuant to regular rules and the play will be re-attempted.
If the offensive team commits a post-snap penalty, the play will end and no score will be awarded.
There will be a minimum of 20 seconds between plays with the ball-spotting official working in conjunction with TV and Official Review to signal when the next play begins.

Many other small changes like a 25-second play clock instead of a 40-second NFL clock and a designated ball spotter are made to speed up the pace of play according to XFL commissioner Oliver Luck.

What we did is listen to fans,” XFL commissioner Oliver Luck said. “And what they told us is that they love this game, but they would like it at a little more of a faster pace and with a little more excitement. They thought there is too much idle time. We tried to listen to what they didn’t want, also. They didn’t want gimmicks or things that were inauthentic. They also didn’t want to be complicit when it comes to player safety. So what we wanted to do is take a great game and make it a little better.”

You can find the complete list of XFL rules here.