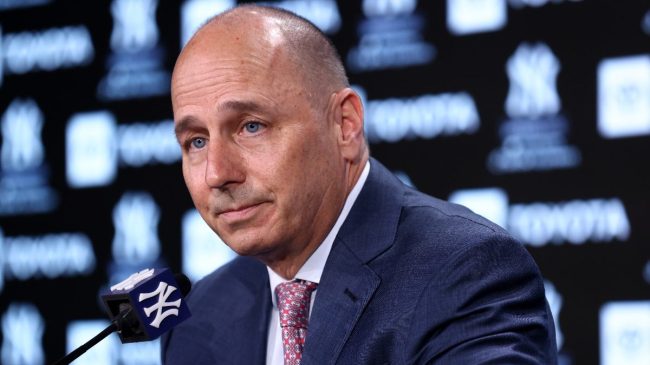 The New York Yankees began the season as one of the best teams in baseball after starting the season off with a 61-23 record. They had a solid 15.5 lead in the AL West but that has quickly diminished to just five as of this posting. Now, it sounds like there are rumblings of what could be in store for general manager Brian Cashman.

Rumors Are Concerns Are Rising Regarding Yankees GM

According to The Athletic, New York could be in the midst of changing its general manager if everything goes south. The Yankees have been atrocious in the back half of the regular season as their divisional rivals have closed the gap. Meanwhile, teams like the Los Angeles Dodgers and Houston Astros have maintained a high level of play.

After a 61-23 start to the season, the Yankees' summer free fall has called into question job security for key team personnel.

If the slide continues, writes @Ken_Rosenthal, owner Hal Steinbrenner will need to ponder: Is it time to fire Brian Cashman?https://t.co/EpY7bn2O65 pic.twitter.com/tgdJzl54yD

There is still time for the Yankees to get back in their groove, but they’re running out of time. The postseason is set to begin in October, making this the final month for New York to get back on track. Now is the time for the bats to get hot again, as this franchise could use the momentum entering the playoffs.

If this organization fails to clinch the AL East, then Brian Cashman’s job could be in jeopardy. The more information released about the Yankees, it sounds like the team is hoping for a deep playoff run at the very least. Anything else would likely be viewed as a failure.

Keep a close eye on New York. Based on their performance in the first half of the season, they could get hot at any moment. If not, then the Yankees could be making some serious changes in the front office, starting with the general manager role.