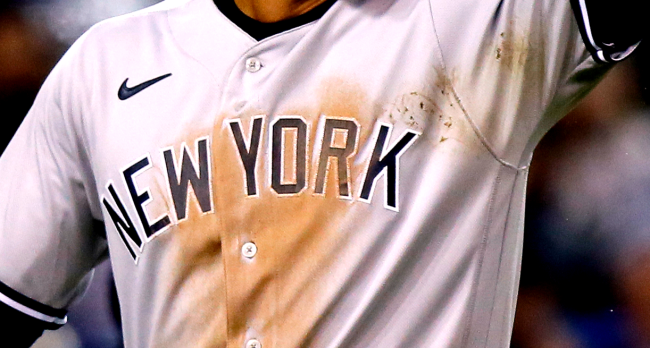 In June of 2020, a federal judge announced that he planned to unseal a letter allegedly proving that the New York Yankees engaged in a “more serious, sign-stealing scheme” than Major League Baseball had revealed.

The letter was part of $5 million class-action lawsuit against DraftKings, Major League Baseball, the Houston Astros and the Boston Red Sox by Kristopher Olson and more than 100 other plaintiffs. The lawsuit alleged that the parties being sued were liable for the money DraftKings bettors lost during games in which the Astros and Red Sox may have cheated.

The lawsuit was eventually dismissed, but a U.S. District Court judge ordered the release of the letter anyway.

The Yankees spent the past year fighting that ruling claiming the unsealing of the letter would “cause significant damage to the team’s reputation.”

This past March, Judge Debra Ann Livingston of the U.S. Appeals Court of the Second Circuit once again ruled that the letter should be unsealed.

Again, the Yankees fought the ruling, petitioning for an en banc review that would have required all 12 judges on the appeals panel to reconsider the decision to allow the letter to be unsealed.

On Thursday, NJ.com reported that the Yankees had once again failed in their bid to keep the letter sealed.

“Appellee-Cross-Appellant, New York Yankees Partnership, filed a petition for panel rehearing, or, in the alternative, for rehearing en banc,” the latest ruling read. “The panel that determined the appeal has considered the request for panel rehearing, and the active members of the Court have considered the request for rehearing en banc. It is hereby ordered that the petition is denied.”

Yankees president Randy Levine, in response to the ruling, stated, “We’re disappointed in the Court of Appeals’ decision, but we respect it. But I believe that it’s going to lead to a lot of unfair results down the road.”

As for what is in the letter, before the lawsuit was dismissed, the plaintiffs alleged that it proved the Yankees had taken part in a “more serious sign-stealing scheme” than just “improper use of a dugout phone” as MLB commissioner Rob Manfred stated when he fined New York in 2017.

At that time, Manfred also claimed that MLB found “insufficient evidence” that the Yankees had been using the feed from the YES Network cameras to spy on Red Sox signs.

The Yankees now have seven days to seek a Supreme Court review of the latest ruling. If they do not, then the letter will then be unsealed.

Many baseball fans, especially those who root for the Astros, were thrilled about this latest ruling against the Yankees.

So the ⁦@astros⁩ weren’t the only sign-stealers after all, but the self-righteous Yankees did it, too?! Next up, the Dodgers. Ohhhh, the irony of it all: Federal appeals court denies Yankees' attempt to stop unsealing of sign-stealing letter https://t.co/wJuHCOUh6r

Her: I bet he’s thinking about other women.

Him: What’s in that Yankees Letter they fought so hard to keep sealed? pic.twitter.com/8cxlnwVycm