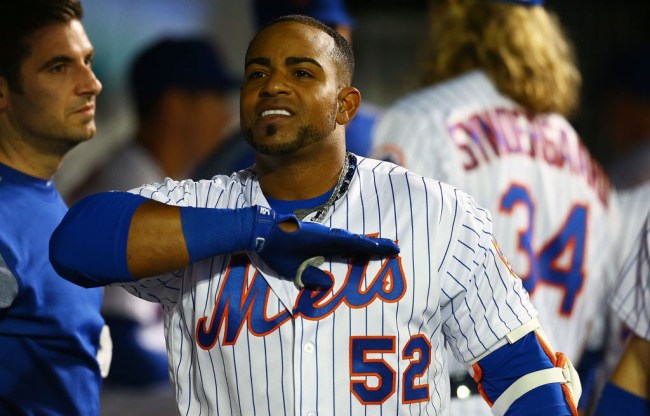 Last year, the University of Miami’s football team unveiled the instantly legendary Turnover Chain, which players get to rock on the sidelines after forcing a fumble or interception. After quickly Control-Fing my way through the NCAA’s rulebook, I didn’t come across any regulations preventing players from wearing it on the turf, which would be both ill-advised and totally awesome.

However, plenty of athletes wear slightly more subtle jewelry while competing (the NBA is the only major league that bans players from doing so). You’ll see plenty of guys with crosses around their neck and some surprisingly large earrings despite the potential consequences that come with deciding to wear something worth tens of thousands of dollars that doesn’t give you a single competitive advantage (unlike those ion bracelets Josh Beckett wore that totally, definitely worked).

Last year, Aquib Talib showed Michael Crabtree one of the downsides of wearing jewelry while playing when he ripped his opponent’s gold chain off, and New York Mets outfielder Yoenis Cespedes suffered a similar fate during a game against the Braves last night— only this wound was self-inflicted.

As you can see in the picture above, Cespedes is a fan of rocking a giant diamond chain when playing, which spontaneously shattered when he slid into second base and scattered gems across the infield dirt.

Yoenis Cespedes with the most expensive double of his career. pic.twitter.com/8nDzwEnL8e

That’s easily the least happy I’ve ever seen someone after hitting a double.

Luckily, Asdrubal Cabrera was nice enough to help his teammate out by picking some diamonds out of the dirt and Cespedes was eventually reunited with his chain. I love a happy ending.