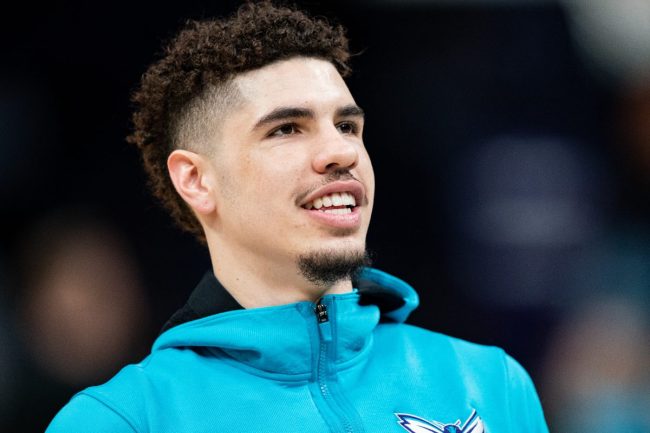 The young fan that was shooed away by MJ in a Charlotte parking lot finally got his photo with LaMelo Ball. The kid went viral for posting a video of him camping out, waiting for the Hornets star to come down from his apartment.

When he was met by Michael Jordan instead, he and his friend lost it. The two youngsters went crazy, asking Jordan if they could get a picture.

A month later, though, the fan got his opportunity to get a pic with the intended target. It was worth the wait.

Ball loses it when he finds out that these two were the pair in the original video.

Fan: “Tell me if you’ve seen the video… I was looking for you and I seen Michael [Jordan].”
LaMelo: “That was your ass?? Nah.”

Ball would go on to pose with one kid while his buddy grabbed this hysterical video clip. The fan might’ve been snubbed by MJ, but the fact that LaMelo gave them the photo op proves he’s the real GOAT.

Many on social media agree.

Fans on social media were quick to respond to this viral clip. Many are now calling LaMelo the GOAT, not Jordan

Here are a few other reactions to the clip.

Lamelo just be being himself 😂😂

Imagine getting to meet Jordan and Ball in the same month.

Imagine Meeting LaMelo And Jordan In A Month😒