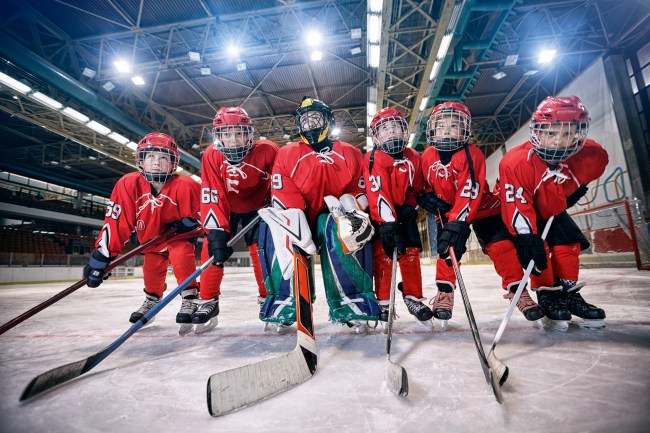 Playing youth hockey is supposed to teach strong values, teamwork, accountability and lessons on how to win and lose the right way. Unfortunately, every single one of those lessons seemed to go down the drain for one team from New York State, because they just got suspended for having a player piss and pee in the bags of opponents in the locker room. Yep, that really happened.

According to Busted Coverage, who did some serious recon work to hunt down details of the story, a 14-year-old team named the Long Island Gulls got booted from their league because of the shitty (and pissy) incident. And, while there was a lot of “he said, she said” and gossip being spread around about what actually happened, according to a man named Tom Barbieri — a dad of one of the kids on the Gulls’ opposing team — the story goes something like this.

So, today my older son was supposed to play a hockey game against the Long Island Gulls. Both teams are 2005’s – 14 years old tier one in the AYHL.

During the investigation, it was discovered that six sets of parents ‘encouraged’ this due to the team needing to “make statement about who they’re dealing with”. The coach of this team is just back after serving a two year suspension for assaulting an official.

While some of that may have been a little fictional based off the news spreading and people adding elements to the story, apparently, it wasn’t too far off. After an investigation, there was an official ruling from the youth hockey league, and Barbieri’s account was pretty damn accurate.

Thanks to Youth Hockey Info, here’s the official decision. 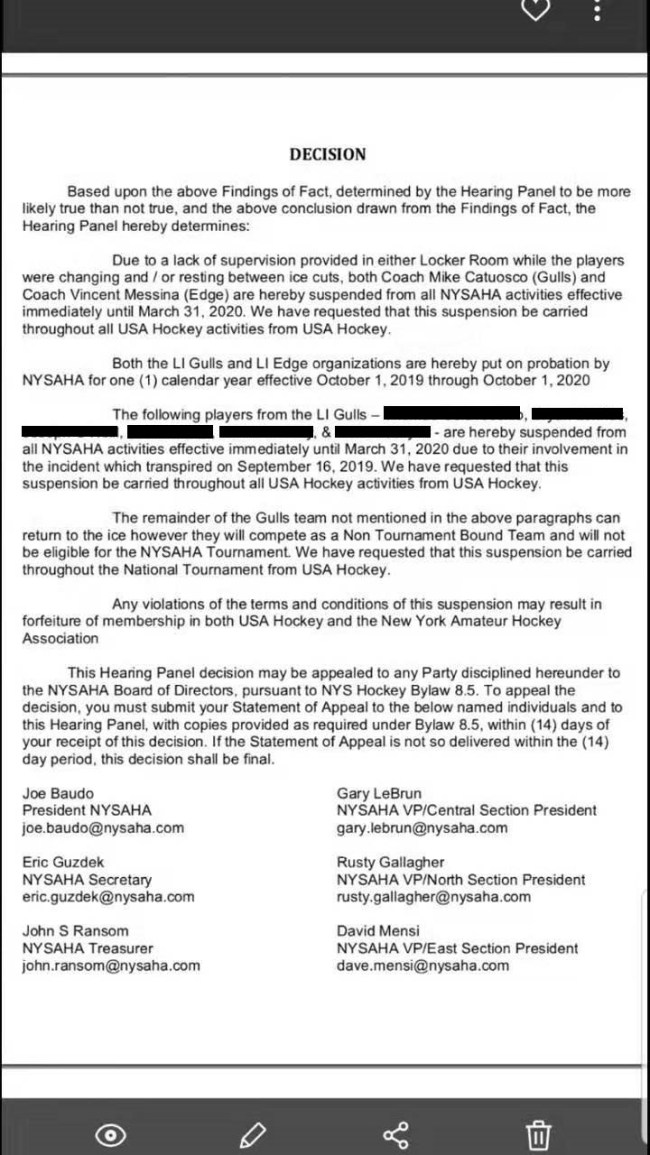 While there were some rumors floating around that parents were either encouraging the nasty act, or blatantly ignored it and didn’t stop it from happening, the decision above makes it sound like the two coaches were at fault for “lack of supervision in the locker room.” That’s like saying a head coach in college sports was being suspended for having “lack of institutional control,” which is fancy way of saying, “you done F’ed up.”

Fortunately, not every player on the Long Island Gulls got suspended, but a handful were, leaving them shorthanded for a season that’s basically lost at this point. In addition to the suspensions, the team won’t be able to participate in the state tournament either, so, yep, this sure ended up being a crappy situation for the whole squad.