Zac Stacy To Be Released On $10,150 Bond After Being Filmed Brutally Beating Girlfriend In Front Of Five-Month-Old Son 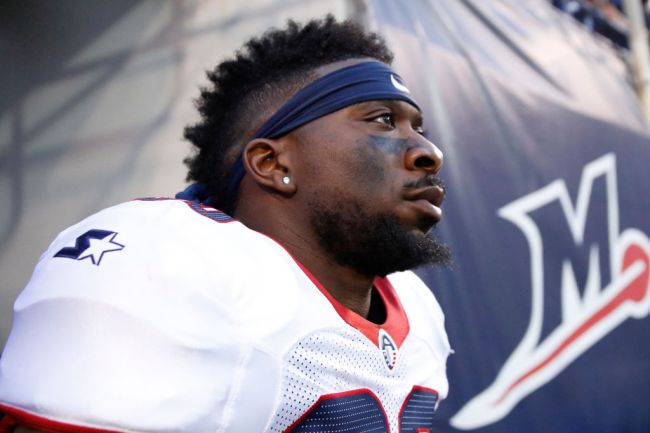 Ex-NFL player Zac Stacy will likely be released on bond over the weekend after he meets a few requirements from the judge.

On Thursday, Stacy turned himself in to police after he was filmed brutally beating his girlfriend in front of their five-month-old son.

Former NFL RB Zac Stacy has been arrested after a horrifying video emerged of Stacy brutally beating his ex-girlfriend in front of their 5-month-old son. He's facing charges of criminal mischief and aggravated battery. pic.twitter.com/iiwIu2dqId

Stacy faced a judge on Friday who ordered the former NFL running back to turn in his passport and pay $10,150 bond in order to get released from prison.

Former NFL running back Zac Stacy's bond for release has been set at $10,000 for his aggravated battery charge and $150 for criminal mischief according to the Orange County corrections website. He turned himself into police Thursday night in Orlando.

Zac Stacy appeared in a Florida courtroom Friday morning just hours after his arrest … and a judge told the former NFL player he would not be allowed out of jail until he surrenders his passport.

Stacy — who went before the judge wearing a COVID mask and a blue shirt — said that might be an issue … revealing his passport is currently locked in his car in Tennessee.

When the judge pressed, though, Stacy and his attorney said he could have a friend access it and mail it to him — although they said that might not happen until Saturday or Sunday … meaning Stacy could remain locked behind bars through this weekend.

Once the passport is turned over, Stacy — who’s facing two felony charges after he was seen on video brutally attacking his ex, Kristin Evans — will have to post a $10,150 bond, the judge said.

The judge also ordered Stacy to have no contact with Evans and turn over any firearms or weapons in his possession. He added that Stacy must remain in his residence in Tennessee.