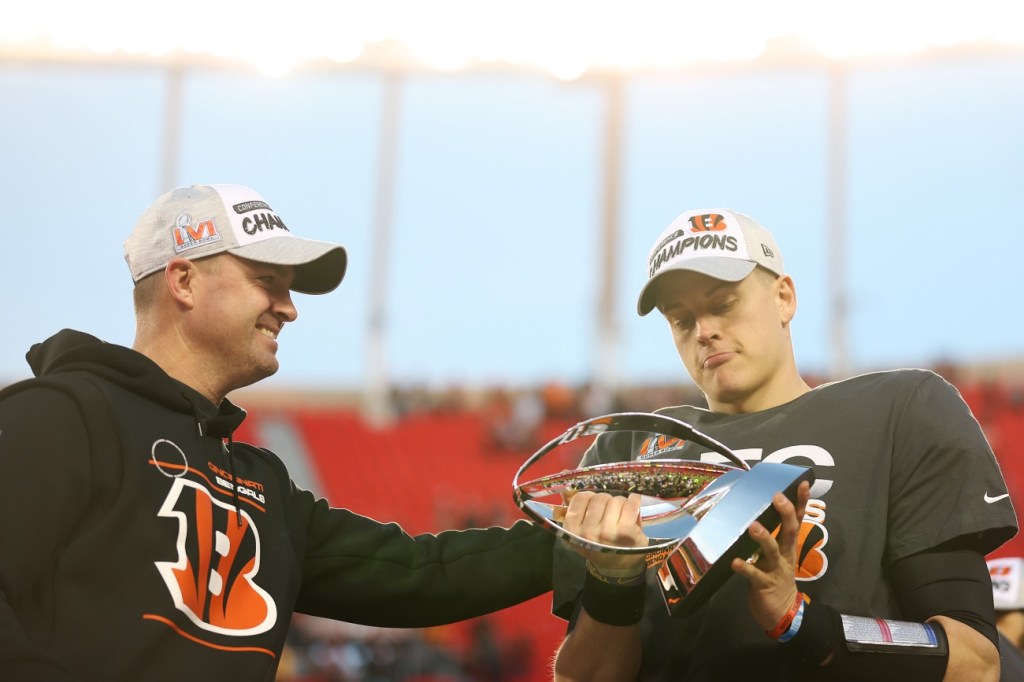 We are less than a week away from full-contact practices starting in the NFL. Rookies have already reported across the vast majority of the league and NFL veteran players began reporting to their respective training camps last weekend. And now is the time when we begin to see if teams like the Cincinnati Bengals just got hot last season or if they really got that dawg in them.

Cincinnati head coach Zach Taylor spoke with Geoff Hobson who is a senior writer for the Bengals’ team website. The first question was pretty revealing. He was asked about what the biggest challenged the Bengals face this season is.

In my opinion, Joe Burrow and the Bengals were the most exciting team to watch for most of the 2021 NFL season. That’s outside of my own team, Tampa Bay, of course. But seeing a team go from 4-11-1 and not having a winning season since 2015 and going 10-7 and then making it all the way to the Super Bowl raises questions.

Geoff Hobson of Bengals.com: “What do think the biggest challenge is this year?”

Zach Taylor: “Well, we know we’re not going to surprise anybody. I can’t speak for other teams. I don’t know if we surprised them or not. I hope they saw a good team on tape in week one. But this year, certainly, I think people are more aware of the type of team we can be and we have to prove that.”

“We have lot of work yet to go to make sure we can meet our own expectations and continue to raise our standard. That it just doesn’t come based on what you did the previous year. There is going to be a ton of work that’s got to be done over these next 45 days to make sure we’re ready for week one against Pittsburgh.”

One of the things the Bengals do have going for them is an improved offensive line to give young phenom quarterback Joe Burrow more time in the pocket to make magic happen. Ja’Marr Chase and Tee Higgins with MORE TIME to get wide open could spell doom for much of the league. Head Coach Zach Taylor spoke about the OL additions as well.

‘We’re counting on him’

Zach Taylor: “There are things he can help along with the offense. We’ve got new offensive linemen we have to bring up to speed and the communication and rapport with those guys. With Tee (Higgins), he’s coming off the shoulder (surgery), so we’re going to protect him early on in camp and so it’s an opportunity to continue to develop some of that receiving corps and Joe is certainly a big part of helping bring that along. Hayden Hurst, the new tight end, to build that chemistry with.”

“There’s always changes that occur from year-to- year for the quarterback and we’re counting on him to him to help bring people along and make sure our offense continues humming.”

Vegas projects the Cincinnati Bengals will have 9.5 wins in the 2022 NFL season. That is down half a win from their actual total of 10 wins in 2021. Cincinnati does seem improved going into the preseason but Coach Taylor’s point is valid.

Teams now expect the best from the Bengals. They will train for that and anticipate it. But that didn’t stop Tom Brady’s Tampa Bay Buccaneers from having a phenomenal 2021 season so it will be interesting to see how the AFC North turns out in 2022.