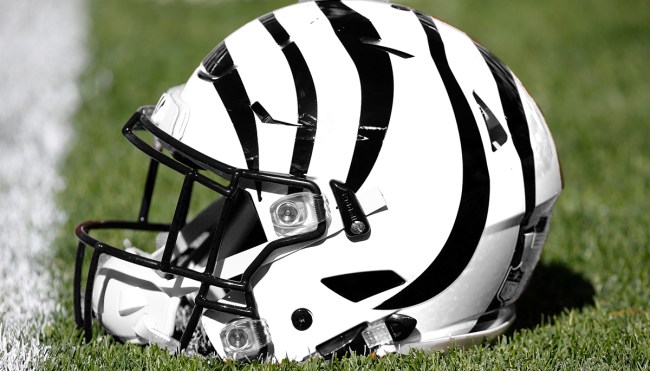 It’s been a few years since the NFL adjusted its rules to make it easier to allow teams to incorporate throwback jerseys designs into their regular rotation.

That tweak didn’t initially apply to helmets over safety concerns, but that changed last year when the league made another alteration to its regulations to permit teams to tie their throwback outfits together with an old-school bucket beginning in 2022.

It didn’t take long for franchises to pounce on the chance to bring back some particularly beloved designs. In February, Tampa Bay announced the long-awaited return of Bucco Bruce and the legendary creamsicle uniforms, and last month,  New England revealed Patriot Pat will be emblazoned on the helmet they’ll occasionally sport with their red jerseys this season.

Now, the Cincinnati Bengals have decided to get in on the action. The franchise originally sported orange helmets with “BENGALS” splashed across each side before switching to the signature tiger stripes they’ve rocked since 1987. Now, those lids are getting a bit of an overhaul to complement the all-white alternate Color Rush jerseys that were first introduced in 2016.

As of this writing, the team hasn’t officially revealed the design that’s been dubbed “White Bengal” (which sounds like a pose straight out of Zoolander).

When The Jungle yells Who Dey, the #WhiteBengal comes to prey.

However, Seth Reese of Pro Football Focus put together a few composite images of what we can likely expect them to look like.

Some people pointed out the design made them think of a zebra as opposed to a Bengal (although white tigers can be found in the wild in India), but most fans seemed to be pretty amped.

Not sure that a bengal is the first thing that I think of when I see this uni. pic.twitter.com/twDGL1ZCUZ

That is one of the few alternate uniforms that is flat out fantastic https://t.co/X0SXNbc5pJ

If they were smart, they’d make these unis full time.

We likely won’t have to wait too long for the official reveal, but it’s safe to say the Bengals are on an absolute heater right now.