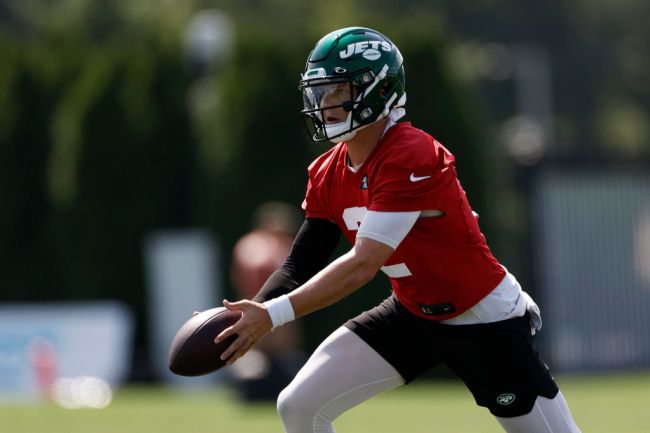 The New York Jets held a simulated game inside MetLife Stadium on Saturday and rookie Zach Wilson struggled, to put it lightly.

The mobile QB out of BYU completed less than half of his passes, threw two interceptions, and led the offense to just three points in what was his first full-go scrimmage action. After the poor outing, New York head coach Robert Saleh had some choice words in reaction to Wilson’s play.

Saleh pulled out all the coach speak he could, but also didn’t hold back in keeping it real with the media about Wilson’s performance.

“For most rookies, it’s going to get worse before it gets better,” Saleh said. “It is what it is. There’s a lot of things that happen. There’s a reason why being a rookie is hard in this league.

“There was a Hall of Famer yesterday that was inducted that had a 71 quarterback rating his rookie year. It’s not easy to play quarterback in this league as a rookie. Especially quarterback. It is going to get worse before it gets better.”

"It's going to get worse before it gets better. There was a Hall of Famer that was inducted that had a 71 quarterback rating his rookie year" pic.twitter.com/KJi5fLmbAz

It was no secret that Wilson was stepping to a dumpster fire when arriving in New York. The Jets ranked last in pass blocking last season, and while they quite literally can’t get any worse, it’s tough to see the pass blocking game make massive strides after such an abysmal year.