Guy Who Has Caught Over 11,000 Baseballs At MLB Games Shows Off His Insane Prized Collection Of Balls

Zack Hample is one of the more interesting fans you’ll find in professional sports. He has caught more than 11,000 baseballs at MLB games (home runs + foul balls + ground-rule doubles) which is a world record. Just hit play on that video above to see his collection and hear his story.

If you’re a diehard baseball fan then it’s likely you know his name. And if you’re a casual baseball fan then it’s still pretty likely that you’ve seen Zack Hample on TV once or twice. He caught Alex Rodriguez’s 3,000th hit, a home run at Yankee Stadium. Zack also caught Mike Trout’s first home run in the majors. Those are the two most valuable and memorable baseballs he’s caught (obviously) and two that he gave away for free.

For the latest episode of My Hustle by Whistle, Zack Hample gives a tour of his insane collection of rare baseballs and talks about his journey. Zack’s a multi-published author so it’s quite possible that you read some of his books throughout the years.

I vaguely recall being gifted a copy of How To Snag Major League Baseballs back in 1999 or 2000. But it’s cool to hear him share his story in this clip (hit play on that video above!) and show off his collection.

I’d love to hear him talk about how many miles he’s traveled catching baseballs over the years. He traveled to Japan to catch a ball! Honestly, it seems exhausting. I love traveling to new baseball stadiums as much as anyone but Zack Hample is on a whole different planet. He’s traveling nonstop and making YouTube videos at every stadium throughout the season. I’m getting tired just thinking about it but I respect his hustle.

Looking for more videos to kill some time? Check out this Cade Cunningham clip on what his day looks like and why he’s a lock as the #1 NBA Draft Pick this year. 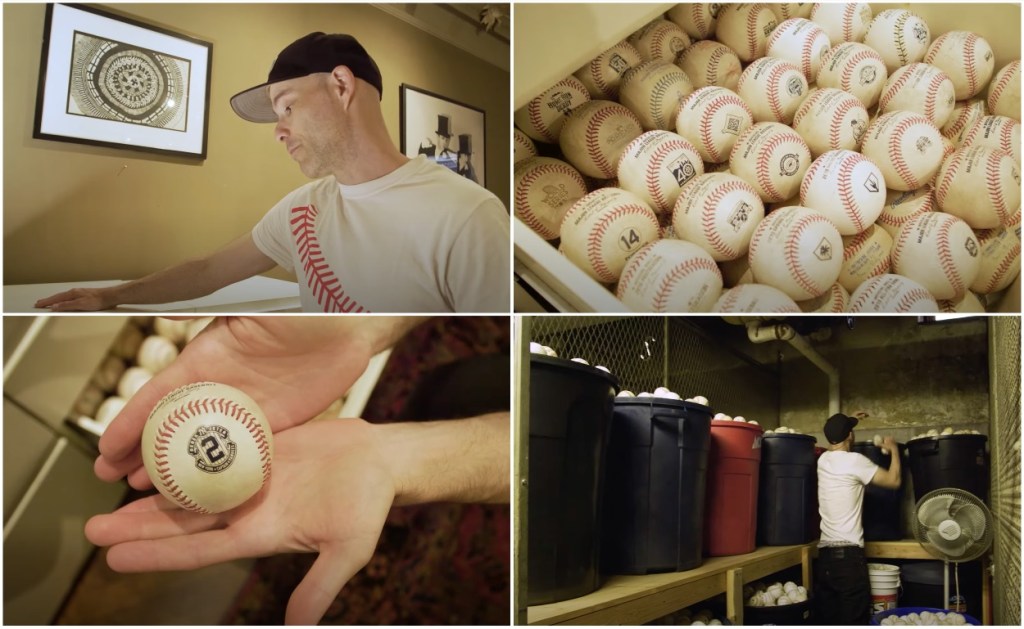