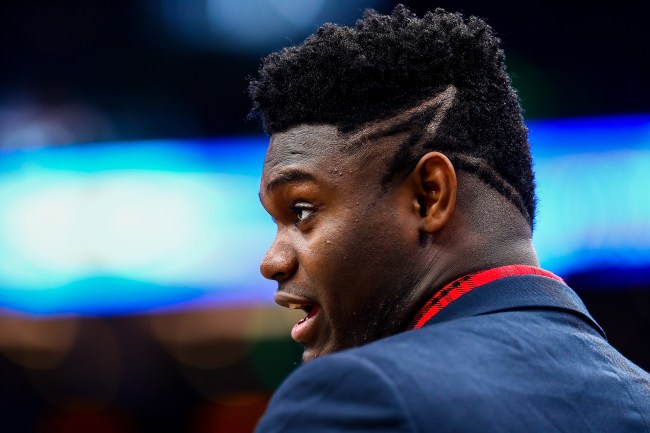 There are very few matchups in the NBA that excite me less than a Zion-less New Orleans Pelicans team against a Bill Laimbeer-less Detroit Pistons squad.

Both teams aren’t bad enough to be laughable, but not good enough to watch over a re-run of TLC’s My 600-Lb Life.

Zion Williamson, who hopes to become a real life NBA player after the organization teaches him how to walk and run, has been watching his 15-26 Pelicans team wallow in the basement of the Western Conference, city-to-city, night in and night out.

Do you know the toll that takes on a man?

Zion is on the bench sleep😂 pic.twitter.com/wT8vh7PiOk

I know he’s in the city of Detroit, but this is also a one possession game with less than two minutes left. Not the time for a snooze.

Let’s not forget that Zion recently admitted to wanting to stay at Duke for another year, a place where the schedule and lifestyle is more manageable and where it is commonly accepted for a 19-year-old to sleep through his responsibilities. I can’t really blame him for his desire to hold onto that boyhood wonder before it is replaced with corporate interests and traveling to places like Cleveland and Detroit.

Williamson will reportedly make his NBA debut on Thursday night against the Utah Jazz, which is nice because a piece of me dies every time I see him in street clothes on the bench.